Meghan Markle on winning appeal in privacy lawsuit: ‘A victory not just for me’

The Court of Appeal in London upheld a High Court ruling that found Mail On Sunday breached Markle's privacy when it published her letter to her dad.

Meghan Markle, the Duchess of Sussex, was again victorious in a lawsuit against the British tabloid Mail On Sunday, which published a letter she wrote to her father about missing her 2018 wedding.

The Court of Appeal in London upheld a ruling from the High Court that found the outlet breached Markle’s privacy and its publication of her letter was “unlawful,” People magazine reported.

In a statement issued on Royal Sussex stationery, Markle said Thursday of the decision, “This is a victory not just for me, but for anyone who has ever felt scared to stand up for what’s right.”

“While this win is precedent-setting, what matters most is that we are now collectively brave enough to reshape a tabloid industry that conditions people to be cruel, and profits from the lies and pain that they create,” she asserted.

“From day one, I have treated this lawsuit as an important measure of right versus wrong, The defendant has treated it as a game with no rules,” maintained Markle. “The longer they dragged it out, the more they could twist facts and manipulate the public (even during the appeal itself), making a straightforward case extraordinarily convoluted in order to generate more headlines and sell more newspapers — a model that rewards chaos above truth.”

The duchess says that she has been subject to “deception, intimidation and calculating attacks” since the lawsuit began.

In February 2019, Mail On Sunday published a letter she wrote the previous year to her father, Thomas Markle, over a series of five articles. The missive addressed him failing to attend her May 2018 wedding to Prince Harry and subsequent interviews with the media, prompted by the royal family, who’d grown frustrated by his media attention. 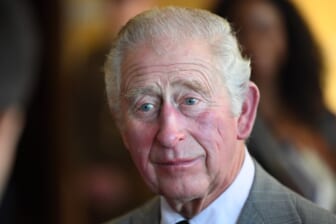 Markle sued Associated Newspapers, which owns Mail on Sunday and MailOnline, for breach of privacy and copyright infringement in 2020, according to NBC News. The company argued she knew the letter would potentially be published.

“The central question in this case was whether the (original trial) judge, Mr Justice Warby, had been right to grant summary judgment for breach of privacy and breach of copyright to Meghan, Duchess of Sussex,” Master of the Rolls, Sir Geoffrey Vos, said Thursday in court, upholding the judge’s finding “that the Duchess had a reasonable expectation of privacy in the contents of the Letter.”

“Those contents were personal, private, and not matters of legitimate public interest,” Voss continued. “The articles in the Mail on Sunday interfered with the Duchess’s reasonable expectation of privacy.” 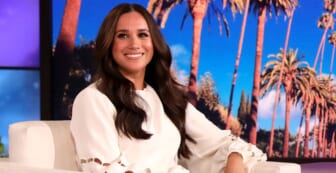 The duchess had requested a public apology from the paper, which she is set to receive. Further, she is also expected to receive a substantial financial award, as the case will no longer proceed to trial.

Markle concluded her statement saying, “The courts have held the defendant to account, and my hope is that we all begin to do the same. Because as far removed as it may seem from your personal life, it’s not.”

“Tomorrow it could be you,” she said. “These harmful practices don’t happen once in a blue moon—they are a daily fail that divide us, and we all deserve better.”