Crump has been responsible for securing tens of millions of dollars in damages for Black victims of racial and police violence.

Attorney Benjamin Crump, who has been responsible for securing tens of millions of dollars in damages for Black victims of racial and police violence, will be honored with a center named for him at a Florida college.

NBC News reports that The Benjamin L. Crump Center for Social Justice will open in 2022 at the St. Thomas University College of Law in Miami Gardens, just north of Miami.

The facility has received an initial donation of $1 million from Truist Financial Corporation, a Charlotte, North Carolina-based financial institution with more than 2,700 branches on the East Coast. Crump is a native of nearby Lumberton.

The center will encourage passionate law students to work in the social justice field and support those interested in civil rights and social justice law. It will offer programs that include need-based financial aid, a speakers series and pro bono service placements for new attorneys. 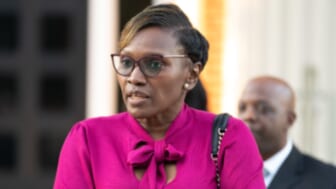 Crump rose to prominence as legal representation for the family of Trayvon Martin, the 17-year-old boy stalked and shot by George Zimmerman, a member of a Sanford, Florida neighborhood watch, in 2012.

Crump has since represented the grieving kin of Breonna Taylor and Ahmaud Arbery — shot dead by on-duty police and a father-son-neighbor trio, respectively — among dozens of other plaintiffs. According to NBC News, Crump has won financial settlements in about 200 police brutality cases and pushed several cities to ban no-knock warrants, like the one in place in Louisville, Kentucky, where Taylor was killed by officers in her own apartment.

“Our country went through a national reckoning in the spring and summer of 2020,” David A. Armstrong, the president of St. Thomas University, told the network. “Ben Crump was at the center of that as the living civil rights attorney icon here in our country.” 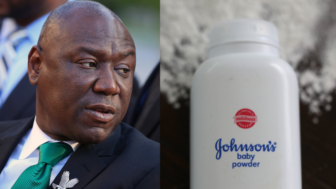 Crump reportedly builds a strong rapport with his clients. Terrence Floyd, the younger brother of George Floyd, who was murdered by former Minneapolis police officer Derek Chauvin, said that he refers to Crump as “Unc,” maintaining that he was like one of his uncles.

“Lawyers can be the social engineers,” Crump said in an announcement statement Thursday. “This Center will serve as a pipeline for historically marginalized students to get their law degrees and give back to society, following the legacy of my personal hero, Thurgood Marshall.”

St. Thomas University is a private, Catholic college in Opa-Locka, Florida. More than 8% of students are Black, and more than 60% are Latino.

“My mother was a hotel maid who cleaned the rooms for the likes of many people who may be seated in this auditorium,” Crump said Thursday, according to NBC News. “And I just remember her and my grandmother, these two Black women who believed with everything in their heart that the American dream was for their children, too.

“We need a whole army of warriors to go out into the community to give a voice to those who have no voice,” he contended, “to say things in the world that are not being said, to take on challenges that others are afraid of.”