The comedian spent weeks under fire following his latest Netflix special "The Closer."

Netflix has announced a major comedy festival coming in 2022, with a lineup that includes Dave Chappelle, who recently found himself under fire after his latest special, The Closer.

“Netflix Is A Joke: The Festival” will be held in 25 venues next year, including The Hollywood Bowl and The Greek Theater. In addition to Chappelle, the festival also boasts other major comedic talent, including Kevin Hart, Gabriel “Fluffy” Iglesias and more. As TheGrio previously reported, “Netflix Is a Joke” was originally scheduled for 2020 before being postponed by the COVID-19 pandemic. 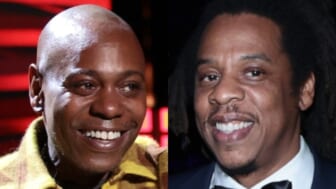 The festival will not only celebrate Netflix’s efforts in producing comedy content, but will also serve as an opportunity to shoot more specials. According to The Hollywood Reporter, many of the sets will be filmed to air as brand new specials for the streamer.

Netflix’s director of stand-up and comedy formats, Robbie Praw, shared in a statement, “It’s absolutely thrilling for Netflix to be hosting a comedy festival of this magnitude in Los Angeles…we were so disappointed to postpone the event last spring and our line-up of comedians can’t wait to bring much needed laughs to audiences in LA and around the world on Netflix.”

“Netflix Is A Joke Festival is going to give comedy fans the opportunity to see the greats and discover new faces in one of the greatest cities in the world.”

While acts like Tina Fey and Amy Poehler are set to headline other venues, Chappelle will take on The Hollywood Bowl. As theGrio previously reported, Chappelle and his special The Closer were widely criticized as transphobic, with trans activists and employees at Netflix staging a walkout while urging the streamer to take the social off of the platform.

Netflix has continued to stand by the comedian, though its co-CEO Ted Sarandos acknowledged that they “screwed up” in their response to the employees. 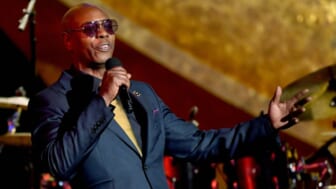