Foster, who struggled with bipolar disorder, passed away two days after being held for his involvement in a high-speed chase and "resisting arrest."

Glenn Foster Jr. died Monday, two days after being taken into police custody following his involvement in a high-speed police chase and, while in jail, a fight with another detainee and several guards.

His grieving family is trying to understand how it happened.

The former New Orleans Saints player, 31, struggled with bipolar disorder, and in an interview with CNN, his father, Glenn Foster Sr., said he believed his son was having a manic episode at the time of his arrest.

“He was in mental distress. We could see he was not in the best frame of mind, and we indicated that to the police chief,” said Foster Sr. regarding his conversation with Richard Black, the police chief in Reform, Alabama.

On Saturday, officers spotted the younger Foster driving up to 90 mph in a 45-mph zone, according to NOLA.com. Police attempted to make a traffic stop, but that turned into a chase, with police from at least two towns attempting to stop the father of four. “He drove on the wrong side, he ran a couple of cars off the road, but he ended up slowing down in kind of a rolling roadblock,” Black said. 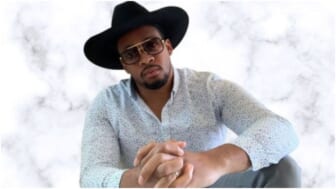 Foster’s car was ultimately stopped after officers laid down spike strips, which flattened all four tires.

The chief said there was a “small, minor tussle” with officers, and Foster was handcuffed and taken to a local jail, where he was booked on charges of reckless endangerment, resisting arrest and attempting to elude police.

Foster’s parents spoke with Chief Black and explained that their son had bipolar disorder and needed medical treatment. Black helped make arrangements for the family to see a judge and bail Foster out of custody on condition that he be taken to a hospital.

However, as the family waited, the situation worsened. They were told Foster had been involved in an “altercation” with another detainee and that he was placed under the jurisdiction of county sheriff.

Though Foster had been granted bail on the traffic charges, the Pickens County Sheriff’s Office decided to file additional charges, including three felony counts of assault and one of third-degree battery, and he was being held without bail on those charges — further delaying his medical treatment.

“The sheriff, after the altercation in jail, said he’s not going anywhere,” Foster Sr. told CNN. “I think my son would be alive today if he had received the treatment he needed.” 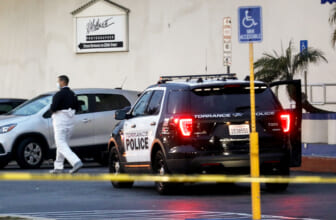 On Monday, Foster was finally set to be transported to a medical facility, and the family had been told he was able to get into the police car without incident. But upon arrival at the facility, he was unresponsive and ultimately died, according to The Washington Post.

“My son, instead of being dead in a morgue, should have been in a mental facility where they could have treated his mental illness,” Foster Sr. said. “Now the fruit has fallen from the tree. Once it’s on the ground, you can’t put it back. That’s what they’ve done. They snatched the life of my son.” 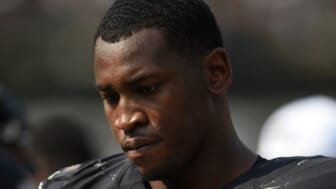 Per NOLA.com, Foster joined the Saints in 2013, and was injured partway through the 2014 season. He was cut from the team in 2015, but remained in southeast Louisiana, launching a career in real estate as a contractor and developer. He owned a granite countertop business with retail locations in New Orleans and Baton Rouge.

Foster’s father said he was passing through Alabama on his way to Atlanta for a work trip.