Lil' Kim has long been the target of mockery, primarily because of her ever-changing physical appearance, and Cardi's fed up.

Cardi B has had enough of trolls and haters coming for hip-hop queen Lil’ Kim.

Kim has long been the target of mockery, primarily because of her ever-changing physical appearance. For years, fans have accused the New York emcee of bleaching her skin and botching her face with multiple cosmetic procedures.

Cardi called out the Lil’ Kim haters this week when she noticed her fellow rap diva was being bullied online once again. It all started when a Twitter user wrote, “Watching @LilKim get bullied, mocked, and disrespected by thousands of people online is really upsetting. The other day, it was because of her halftime performance and now, it’s because of a role she played in a movie,” referring to Miracles Across 125th Street.

The “Money” emcee shared the tweet, writing in the caption, “I’m tired of it and it’s heartbreaking…She’s is so sweet, supportive and a REAL F*CKIN LEGEND.”

“Before a artist, I am a woman wit feelings,” she tweeted later, “and I know how much it hurts to constantly get picked on.” 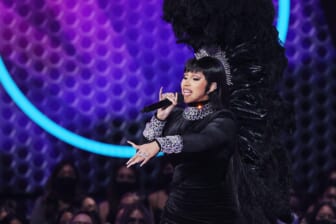 Also Read:
Cardi B gets involved after patrons accuse Miami club of discriminating against Black women

Cardi then replied to a fan’s comment about teaming with Lil’ Kim for a dope song collaboration. “When I collab wit her is going to be at the right time & the right song,” she wrote. “I don’t rush BIG MOMENTS!”

“Until I have the right song for a artist,” Cardi explained, “I’m not going to rush it cause if the song don’t make sense and it don’t do good then I will feel terrible.”

In October, Kimberly “Lil’ Kim” Jones clapped back at Curtis “50 Cent” Jackson for comparing her to a leprechaun, theGrio reported.

“Ur so Obsessed wit me this is getting creepy,” the Queen Bee wrote on social media in response to him.

“U fallin off,” she added, responding to a clip 50 Cent posted on Instagram of her dancing juxtaposed with an image of a leprechaun. “Im too bad and too fly in this video u reachin now but we all know why … Can we say Obsessed with Kimmie much !”

50 Cent deleted the original video, then reposted it captioned, “All I said was i thought this was funny,” with a shrug and laughing emoji. 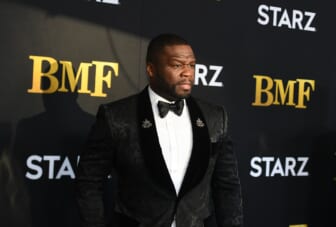 Also Read:
50 Cent apologizes to Madonna after singer slams him for IG comments

In July, the “In Da Club” rapper compared Lil’ Kim’s BET outfit to an owl, but noted that she’s still “a bad b*tch.” He shared a meme of her side by side with a white owl. Lil’ Kim took that same picture , shared it to her own Instagram feed and noted that she was ”bothered not one bit” by 50’s shade.

“My family & friends more mad than me,” Kim added. “Sh*t like this don’t move me one way or another cause I’m still a bad b*tch that niggaz b*tches, mommies, daughters, and aunties still want to be till this day and I love it!!”

She had the last laugh, too, as her Prada-themed BET Awards look blew up on the internet.