‘Race-blind’ redistricting maps are a lie, according to lawsuits

Some Republican lawmakers are claiming that recently redrawn political maps are “race-blind” in an effort to create parity among all voters in a given district. But several recently filed lawsuits suggest the opposite is the case. 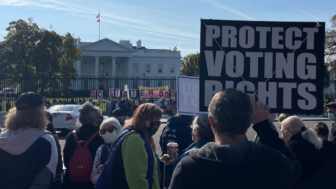 One of those lawsuits comes from the U.S. Department of Justice, which sued Texas earlier this month under the premise that Republican-approved redistricting maps don’t acknowledge growth in the state’s Latino population, discriminate against Black voters and also violate the Voting Rights Act, the groundbreaking 1965 federal legislation that prohibits racial discrimination in voting.

“The complaint we filed today alleges that Texas has violated Section Two by creating redistricting plans that deny or bridge the rights of Latino and Black voters to vote on account of their race, color, or membership in a language-minority group,” said Attorney General Merrick Garland at a news conference.

The 2020 census allowed Texas two additional seats in the U.S. House of Representatives, thanks to population growth that was spurred by 95% people of color.

“However, Texas has designed both of those new seats to have white voting majorities,” Associate Attorney General Vanita Gupta told CNN. “Instead, our investigation determined that Texas’ redistricting plans will dilute the increased minority voting strength that should have developed from these significant demographic shifts.”

Another lawsuit in North Carolina will see a state court consider redrawn maps in a January trial that will examine the potential existence of partisan gerrymandering and the dilution of votes of certain races, per CNN. (Gerrymandering is the drawing of electoral district boundaries to benefit certain groups and has been used as a tactic to disenfranchise Black people for generations.)

It’s becoming increasingly difficult for voting rights advocates to challenge potentially discriminatory practices, thanks to a pair of rulings in the past decade.

“Between a 2013 Supreme Court decision that scaled back the federal government’s role in monitoring redistricting and a 2019 ruling that said partisan gerrymanders could not be challenged in federal court, voting rights advocates have been left with fewer tools to address what they say are unfair and illegal redistricting plans,” reported CNN. 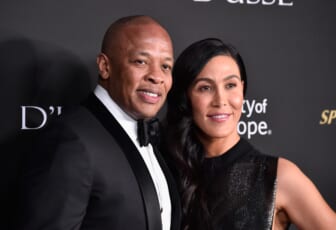 Southern Coalition for Social Justice attorney Allison Riggs, who is involved in the North Carolina case, told CNN that Republicans lost racial gerrymandering cases before because they used data to place people of color into fewer districts.

“No one seriously believes that legislators can or are doing this race-blind,” Riggs said. “A representative who represents Pitt County here in North Carolina is a representative, is an elected official, because he, she or they knows where voters live.”

“They know where Black voters live in the county.”