Sidney Poitier’s family has arranged a private memorial service for the late actor due to COVID-19.

Acting legend Poitier passed away early this year in his Beverly Hills home, theGrio reported. Last week, the actor’s cause of death was revealed to be heart failure, complications from Alzheimer’s dementia, and prostate cancer.

While Hollywood and the world continue to mourn the loss of an industry titan, his family reached out to PEOPLE Magazine with a statement regarding their plans for a private memorial service, while hoping for a more public event in the future. 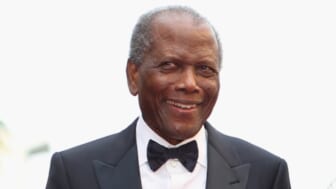 “The Poitier family so appreciates the wonderful outpouring of love, support and affection for Sidney,” the statement made to the outlet reads. “There have been many inquiries about an event to honor his life. At this time, due to the coronavirus pandemic, a private memorial service has been arranged for the family with the possibility of a more public memorial service should the virus’ numbers subside in the near future.”

The family added in the statement, “In lieu of flowers, those wishing to honor him are encouraged to donate to some of his favorite organizations and charities including The Children’s Defense Fund, The United Negro College Fund, and the Alzheimer’s Association.”

Their family commemorated Poitier’s life with a heartfelt statement, detailing his final days and what he meant to them and the world, theGrio previously reported. “We are so grateful he was able to spend his last day surrounded by his family and friends,” the statement read.

“To us Sidney Poitier was not only a brilliant actor, activist, and a man of incredible grace and moral fortitude, he was also a devoted and loving husband, a supportive and adoring father, and a man who always put family first.”

They also thanked all of the support they received in the days following his passing, sharing, “We would like to extend our deepest appreciation to every single one of you for the outpouring of love from around the world. So many have been touched by our dad’s extraordinary life, his unwavering sense of decency and respect for his fellow man. His faith in humanity never faltered, so know that for all the love you’ve shown him, he loved you back.” 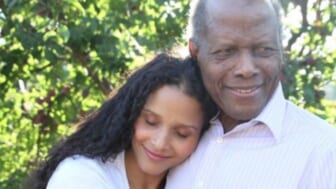 To say Poitier made history in the film industry is an understatement. He was the first Black man to win the Academy Award for Best Actor and was known for his turn in popular ’60s and ’70s films like To Sir, With Love, and Guess Who’s Coming To Dinner. Outside of his vast acting career, he was also known for his activism, having attended the March on Washington in 1963 and even went on to have a political career.