Fat Joe, Remy Ma, Bevy Smith, and Sherri Shepard are among those tagged to guest host next month as Williams deals with health issues.

The Wendy Williams Show announced its February line-up of guest hosts. Each week a different host will be tasked to fill in for the ailing Wendy Williams, who is still on a self-imposed, health-related sabbatical.

New episodes of the daily daytime talk show will continue on Jan. 28; actor Michael Rapaport will be back, guest-hosting the show all week to Feb. 4. From Feb. 7 to Feb. 11, hit-making Bronx rappers Fat Joe and Remy Ma will co-host again, after doing so earlier this month. Two hosts will also be handling duties from Feb. 14 to Feb. 18 as show favorite Bevy Smith and entertainment reporter Terrence J host together. 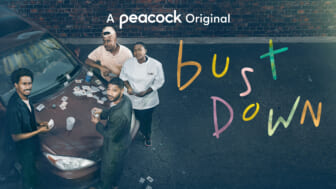 For the final two weeks of the month, Emmy-winning comedian Sherri Shepherd makes her return to The Wendy Williams Show from Feb. 21 to Feb. 25. To close the month out, Rapaport returns to host from Feb. 28 to March 4.

Williams, 57, hasn’t hosted her show since the new season started in October. The season was originally set to begin in September, but Williams delayed the season premiere after contracting COVID-19, as theGrio reported. From there, Williams’ health issues continued to plague her, forcing further delays to the start of the season.

Williams was experiencing complications from the autoimmune disorder Graves’ disease, an ailment that has caused her to take hosting hiatuses in the past.

In October, it was announced that the season would begin without her, and that guest hosts would fill in for the time being. Actor/comedian Whitney Cummings came on as guest host late that month for a week-long stint, followed by Shepherd, as the show made plans with guest hosts through to at least November. 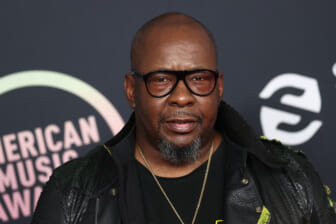 In November, Williams broke her silence about her absence and her health issues. She posted a statement on the show’s Instagram page to give her fans an update.

“As everyone knows, my health has been a hot topic. I’m making progress, but it’s just one of those things that are taking longer than we expected,” Williams said. “I’m a woman of a certain age, and I know enough to listen to my doctors and will return to my purple chair as soon as we all agree I’m ready. I want to thank all of my staff and our guest hosts for stepping up and stepping in while I can’t be there.”

In January, guest-hosting was handled by Rapaport, Shepherd, Fat Joe, and Remy Ma, as well as comedian co-hosts Kym Whitley and Finesse Mitchell.