ESPN today announced, per press release, that Rye will contribute topical features, commentaries, and essays across various shows and platforms. Rye will provide perspective on sports-related matters of race and culture and social justice issues.  She will also make in-studio appearances and produce stories under the ESPN #BlackHistoryAlways banner.

Rye will continue hosting her podcast, “On One with Angela Rye”.

“I am excited to join the talented team at ESPN,” said Rye. “Sports plays a critical role in our culture, bringing joy to us all in the midst of unprecedented challenges. I’m grateful for the opportunity to give culturally relevant stories a voice on this iconic platform.”

ESPN writes, “Rye’s features will explore topics such as Jackie Robinson’s impact 75 years after he broke the color barrier; a celebration of the 50th anniversary of Title IX; the role athletes play in social justice movements; and difference makers at HBCUs.” 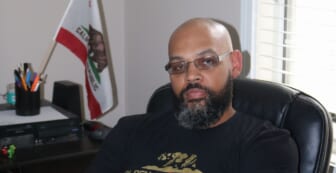 “Angela is one of the most talented and distinctive commentators of race and culture working today,” said David Roberts, ESPN senior vice president NBA & studio production.

“Her strong connection and commitment to the Black community will serve this series of vitally important stories on African American athletes making history and a positive difference throughout the year. We are thrilled she decided to join the ESPN family and look forward to collaborating.”

Rye provided an exclusive statement to theGrio about her new ESPN gig.

“Being raised by an activist and educator means culture and history are a key part of storytelling for me. I’m elated to be part of shaping narratives that help us all get closer to true freedom. Some of my greatest heroes in Black history are athletes-from Flo Jo to John Carlos and Magic Johnson to the Fab Five-while many of their stories have been told, we have so many more to tell,” Rye said.

Rye, the CEO of political advocacy and social equity firm IMPACT Strategies, previously served as a political commentator for CNN. She has shared her no-nonsense brand of political commentary on numerous outlets including Breakfast Club, the Daily Show, HBO, CNN, ABC, NBC, NPR, Tidal, and BET where she produced award-winning specials through her production company, 206 Productions, per the release. 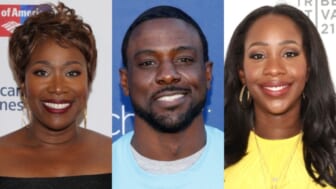 In 2018, Rye broke down in tears on CNN while talking about racism, theGrio reported.

“At this point I’m emotional. We’re constantly gas lit. I’m told every day that I’m on air that I’m racist because I call out racism. That is maddening to me. I’m crying about it because it’s crazy and I wish that somebody who is a colleague of mine like Alice could at least acknowledge that fact.  That is so frustrating,” she said.

Rye went on to discuss a news story at the time about a child in Ohio who had a police encounter while he was delivering newspapers.

“We’re supposed to be talking about a 12-year-old boy who was just trying to deliver newspapers and the police are called on him in Ohio where Tamir Rice was killed and the same age. I want to be acknowledged and seen that this is not okay for our children. This is not okay for the future direction of this country,” Rye said.

Rye will begin contributing to ESPN this month.

Editor’s Note: A previous version of this story incorrectly identified John Carlos as Carlos Johns. This story has been edited to correct the error.