The three-part series will chronicle the life of the 22-time Grammy-winning producer/rapper/fashion designer.

Netflix has released the official trailer of its forthcoming Kanye West documentary event, jeen-yuhs. The three-part series premieres on the streaming platform on Feb. 16.

Directors Clarence “Coodie” Simmons and Chike Ozah shot and compiled extensive, and exclusive video footage of the 22-time Grammy winner. Viewers will see West in the late 1990s as he’s beginning to transition from an in-demand music producer-for-hire to becoming a superstar rapper. 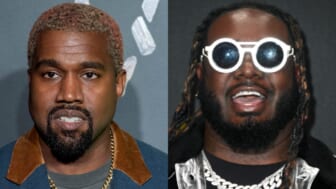 “The goal was to see how far his dreams would take him,” Simmons said in the trailer. “But I had no idea where life would take us next.” You watch as West gradually ascends to become a hit-making solo artist, thanks to his breakthrough debut, 2004’s The College Dropout. Simmons directed some of West’s early music videos, including the third version of “Jesus Walks” and “Two Words.”

Beyond the early footage of West, Simmons says that he needed to dive deep, even as West’s success began to take a toll on their relationship.

“It felt like the bigger Kanye got, the further we grew apart,” Simmons continued in the trailer. “But there was more to Kanye’s story that I needed to tell.”

Told in three acts over three weeks, jeen-yuhs shows West navigating from hip-hop underdog to critical darling, to rap superstar, fashion maven, and to his current place as the most polarizing figure in American pop culture. 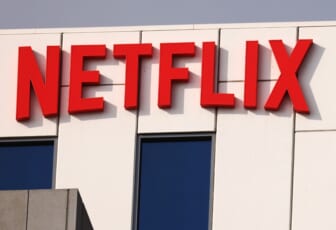 Act one of jeen-yuhs will premiere theatrically on Feb.10, six days ahead of its Netflix premiere. Although the docuseries was announced last year, the release seemed like it could be in doubt after West posted on his Instagram page that he needed to approve it before it was released.

“I must get final edit and approval on this doc before it releases on Netflix,” West wrote on Jan. 21. “Open the edit room immediately so I can be in charge of my own image.”

West has yet to comment on the docuseries further.