The winner of "Making the Cut" Season Two and her spouse kick off theGrio's "Mighty Love," a series on Black love, romance and relationship resilience.

Andrea Pitter is in the business of making dreams come true. As the founder and designer of Pantora Bridal, she has helped countless brides realize their wedding day visions and, in the process, she’s made many of her own dreams come true, too.

After more than a decade in the business building a size-inclusive, skin tone-inclusive bridal line with campaigns unapologetically centering Black brides, last year, Pitter’s designs earned her brand a coveted showcase spot in New York City’s Kleinfeld’s Bridal shop. But an even bigger boon was in store as Pitter competed for and won a million-dollar investment to expand well beyond bridal on Season Two of Amazon Prime’s Making the Cut.

Supporting Pitter from afar throughout the high-stakes series was her husband of nearly six years, Peter Campbell, a project manager, and their young son. In honor of the intersection of Valentine’s Day and Black History Month, the Brooklyn-based couple agreed to share insights from their love story with theGrio to kick off our series “Mighty Love,” where we’ve invited real-life couples to speak about Black love, partnership and commitment.

“We met on the block,” jokes Pitter of her “meet-cute” with Campbell over a decade ago in Brooklyn. “He would visit a neighbor regularly; I thought he was cute,” she said. “A friend told my neighbor to introduce us. Our first interaction was after I butt-dialed him at 3 a.m. — twice. EMBARRASSING!”

Asked to sum up their now 11-years-long-and-counting relationship in a single word, she characterizes it as “caring,” while he simply says “unit.” That type of bond is seemingly the foundation that keeps their relationship steady and strong, which Pitter also notes are her favorite qualities in Campbell.

“He’s 10 toes down when it comes to me and anything he’s committed to,” she says. By contrast, her husband alludes to the fun that also seems to fuel their marriage when sharing his favorite of his wife’s qualities. “Besides her butt? Her energy and charisma towards the family, along with life,” Campbell quips. 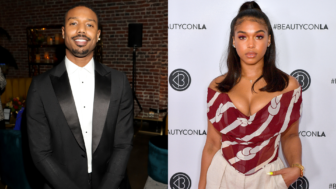 Also Read:
Lori Harvey on relationship with Michael B. Jordan: ‘When you know you know’

When asked what they’ve learned about commitment over the course of their relationship, Campbell believes that, for them, the key has been “to trust each other while making sacrifices.” Pitter elaborates on that, noting: “To truly be in it for the long haul means meeting him where he’s at or being met where I’m at. Everything isn’t black or white.”

Still, they admit that commitment looks different than what they’d each imagined as singles. While for Campbell, the question was whether his future partner would be able to “learn and adjust to [his] habits,” Pitter was once concerned that “being respected” would be the biggest challenge she’d face in a long-term commitment.

“I questioned whether I would not only be loved but also respected unconditionally,” she admits — quickly adding, “with minor conditions.”

Instead, they’ve found the most challenging aspects to be balancing their very different countenances with their unified goals. That means “trying to keep my love visible and tangible when needed,” says Campbell, no doubt also alluding to the tremendous amount of support his entrepreneur wife needs while swiftly growing her business. Pitter, in turn, acknowledges the patience and balance a partnership of different personalities requires, even when they are complementary.

“My husband is a content man,” she says. “It’s challenging because it is one his best qualities, but I’m guilty of not being easily satisfied.”

Perhaps one of the most striking things about Campbell and Pitter’s union is how it has further defined who they are individually. She says he has taught her that “love is both quiet and loud,” adding, “I want, need and deserve both.” Building upon that theme of duality, he emphasizes that as both individuals and partners, it’s been important to “make sure both of our feelings are heard and felt.” 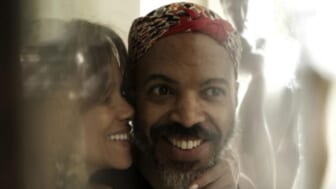 While the two agree they have different parenting styles, “that doesn’t seem too major,” in terms of obstacles they’ve faced to date, says Pitter. “We’re hoping to dodge the major ones,” she notes with a laugh. “We will let you know in 15 years.”

As Pitter further explains, what they’ve managed to accomplish together thus far is largely due to a commitment to compromise. “We’re both pretty flexible people — Peter is definitely more flexible. We navigate most things based on how important it is to the other person.” That includes raising their son to feel “happy and loved,” she says. “We’re united when it comes to anything that concerns him.”

Perhaps unsurprisingly, the couple is looking forward to eventually having another baby together, though they’re not expanding their family quite yet. But with 11 years down and hopefully a lifetime to go, what is their formula for resilient love?

“Learn that habits, lifestyles, beliefs, concerns change and evolve with your wife,” Campbell advises, while Pitter adds, “Stay open. I understand this guy better every day we spend together.”

This is the first installment in theGrio’s series “Mighty Love,” running through February. Read the next installment here.