‘Atlanta’ on FX to end with season 4

While Atlanta is gearing up for its season 3 premiere, the Donald Glover helmed series has set its sights for the end. The acclaimed series will officially sign off with season 4, per an official announcement from FX.

It’s been years since the acclaimed second season of Atlanta, which earned eight primetime Emmy Award nominations. The series is coming back next month with back-to-back seasons. Season 3 will air on FX this spring, while season 4 has been set for the Fall. During the FX portion of the Television Critics Association winter press tour, series creator and star Donald Glover broke down the decision to end the popular show this way, Variety reported. 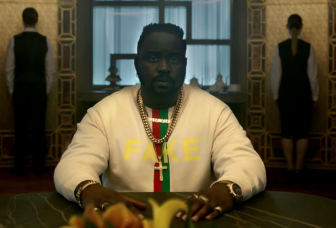 Glover shared to reporters per Variety, “Death is natural. I feel like when the conditions are right for something, they happen, and when the conditions aren’t right, they don’t happen. I don’t feel any longevity. Because then things start to get weird. The story was always supposed to be what it was. And the story, it really was us. Everybody in that writers’ room, everybody on set. It really was what we were going through and what we talked about. … I think it ends perfectly.”

The third season of Atlanta was ordered back in 2018, and was set to air in the beginning of 2021, but production was halted due to the COVID-19 pandemic, theGrio previously reported. Seasons 3 and 4 were eventually shot in April of 2021 on location in Europe and Atlanta. Glover shared on social media at the time when teasing the seasons that the episodes, “are going to be some of the best television ever made. Sopranos only ones who can touch us.” 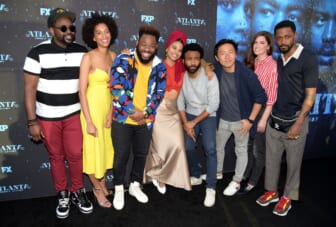 Stephen Glover, one of the show’s writers and Glover’s older brother, teased the themes of season 3 of Atlanta to Variety: “Season 3 is about curses and the curse of whiteness. White people have blind spots, obviously to race and things that are going on. They’re affected by this, too. It’s not just Black people who are going through this and having a hard time. You’re actually affected by it, too. The first episode does a perfect job of showing how both sides are affected by this.”

Season 3 of Atlanta will premiere Feb. 24 on FX.