As we wrap up February's 'Mighty Love' series, the Tony-nominated playwright and her musician husband share their 23-year love story.

This is a continuation of theGrio’s “Mighty Love” series, running through February. Read our first couple’s story here.

When Tony-nominated playwright and MacArthur Genius Dominique Morisseau met producer James ” J.” Keys in their native Detroit, it’s likely neither anticipated the heights they’d climb, individually and together. Twenty-three years and one viral wedding dance later, they have been married for nearly nine years and are new parents—as well as creative collaborators. As theGrio has been celebrating Black love along with Black history this February, the two graciously sat down with us to share a bit of their journey and enduring bond. 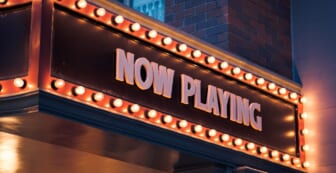 While Morisseau was winning history-making acclaim (and two NAACP Image Awards) for plays like the Temptation jukebox musical Ain’t Too Proud, J. was forging a path of his own as a hip-hop artist, producer, and engineer. When Dominique’s play Skeleton Crew opened on Broadway this January, it featured original music and lyrics by J., who is also part of the sound design team of her next production, Confederates. But in the beginning, J. simply had “all these butterflies” when he first watched Dominique perform her poetry at an event while the two were in college.

“I was like, blown away, by just her words and her mind,” he told us—and the feeling was soon mutual. It was the beginning of a beautiful friendship and romance, as well as an eventual working relationship. But as Dominique shared, enduring love isn’t effortless.

“I would say working together teaches us balance. I think we are constantly learning,” she said. “We constantly have to stop and recalibrate…I will say that collaborating is teaching us that because some days we’re up late listening to my rewrite of my play, or some days we’re up late trying to figure out his music contribution to the play. And so, I think it has taught us the perpetual game of balance and just to be hyper-aware of it.” 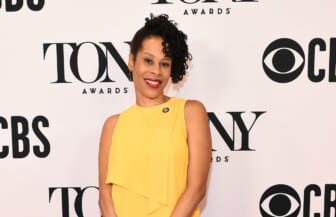 Of course, most college romances don’t go the distance, let alone all the way to Broadway, so how do J. and Dominique make love last?

Hear more about Dominique Morisseau and J. Keys’ love story in our video above.