An October meeting between Lightfoot, George Smyrniotis and several other city lawyers reportedly led to insults.

A heated meeting over a statue of Christopher Columbus set the stage for a defamation lawsuit against Chicago Mayor Lori Lightfoot by a former city attorney.

WGN 9 is reporting that Lightfoot berated a group of lawyers when they met to consider the removal of the Columbus statue in the wake of local demonstrations after the May 2020 police murder of George Floyd in Minneapolis. Lightfoot had the statue removed from its home in Grant Park in July of that year, a week after protesters tried to topple it. That same morning, a second Columbus statue, in Little Italy’s Arrigo Park, was also reportedly taken to a city facility.

Former Chicago Park District counsel general George Smyrniotis claimed in his lawsuit, filed Wednesday, that the mayor blocked a deal for a group of Italian-Americans to subsequently display the Columbus statue from Arrigo Park in the Columbus Day parade.

Moreover, according to the report, an October meeting between Lightfoot, Smyrniotis and several other attorneys quickly devolved into insults, including questions from the mayor about their law school credentials and qualifications. 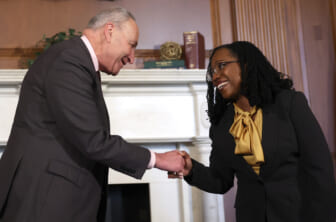 “You make some kind of secret agreement with Italians, what you are doing, you are out there measuring your d— with the Italians seeing whose got the biggest d—,” Lightfoot allegedly said. “You are out there stroking your d— over the Columbus statue, I am trying to keep Chicago Police officers from being shot, and you are trying to get them shot.”

Smyrniotis’ suit, which has been posted on Scribd, claims Lightfoot then asserted, “My d— is bigger than yours and the Italians, I have the biggest d— in Chicago.” 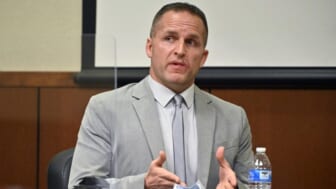 “Talking about genitalia, are you kidding me? This is where we are at right now. This is very serious,” said Ron Onesti, president of the Joint Civic Committee of Italian Americans, or JCCIA, commenting on the lawsuit to ABC 7. “Once you see it writing, and you see how terrible these words are and how vulgar. It’s just sickening anybody would say this.”

The removal of the statue enraged several Italian American organizations that considered Columbus and his legacy part of their history. They accused Lightfoot of caving in to activists.

Chicago’s legal department issued a one-sentence statement regarding the Smyrniotis lawsuit, writing: “The City has not yet been served with a complaint and will have no further comment as the matter is now in litigation.”