Trial begins in Blac Chyna’s civil suit against the Kardashians

Kim, Khloé Kardashian, Kylie, and Kris Jenner have appeared in court during the highly publicized trial

This week, the battle between the Kardashian family and Chyna finally made its way to court, with Chyna claiming they conspired to cancel Rob & Chyna, causing her to lose millions. Chyna is suing the family for more than $40 million for lost earnings, and $60 million for future earnings, according to Page Six.

Ahead of the trial, Chyna shared on Twitter, “When they got my No. 1 hit show killed back in January 2017, that not only hurt me financially and emotionally, that hurt my beautiful KIDS.” She added, “I’m taking them to court to stand up for my legal rights and to be an example to my kids that ‘what’s right is right, what’s wrong is wrong.’ And what they did was so wrong. I am so thankful that a jury will finally listen to what really happened behind closed doors — the lies that were told and the damage that was done.” 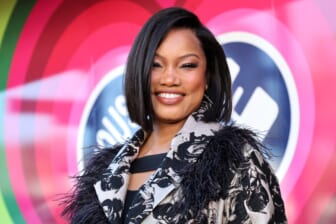 Lynne Ciani, Chyna’s attorney, claims that the family conspired to get the show canceled and even “tried to cover the conspiracy up,” per a People report. “Kris Jenner falsely told them [network executives and production] that Chyna beat the s— out of Rob’s face and asked to take her off the show,” Ciani stated. The family, however, claimed that they were trying to “protect” Rob from an abusive relationship.

Michael Rhodes, the Kardashian-Jenner attorney, argued that on Dec. 14, 2016, Chyna allegedly, “put a gun to his [Rob Kardashian’s] head and placed an iPhone cord around his neck,” after a heated argument. Kris Jenner’s boyfriend, Corey Gamble, had to intervene and physically separate them, Rhodes claims. Gamble is reportedly willing to testify about that night.

While Chyna has admitted to “damaging a TV, two gingerbread houses, and a door,” she maintains she did not physically attack Rob and claims that after that argument, the family began plotting to sabotage Rob & Chyna. Ciani claims Kris, Kim, Kylie, and Khloé, all of who were in attendance in court this week, emailed E! Network executives in an attempt to get the series canceled.

Rhodes, however, is claiming the show was canceled because of Rob and Chyna’s toxic relationship, and that his family simply wanted to protect him. Rhodes claimed, “[Chyna] said we killed the show because we are bad people … but look at what’s going on behind the camera. The family was on board with what was proposed … if they could work on their relationship. But it couldn’t get fixed.”

The drama has extended outside of the courtroom as well. Chyna’s mother, Tokyo Toni, took to the internet to bash the reality TV family. Taking digs at their appearances, she said they all, “looked dead,” on an Instagram Live. “It’s just so sad. Then Khloé was shaking her f–—- head off everything every juror said. You all right, b—? Did you have some Xanax or something before you got there, b—-?” 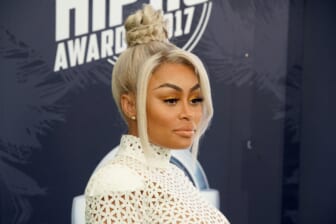 The next day during the trial, Rhodes addressed the online comments, prohibiting Chyna’s mother from being in the courtroom after she made “veiled physical threats.” Ciani called the behavior unacceptable, stating, “I can’t control her mother. My client wants a fair trial. I already told her it was unacceptable and she can’t be in the courtroom.”

The trial is expected to last 10 days.