“We don’t consider them dreadlocks because we don’t dread them, we love them,” the Houston-area mother said.

The East Bernard Independent School District in Texas reportedly removed its code of conduct from its website after a Houston-area mother complained that her teenage son was denied enrollment in the local high school because of his dreadlocks.

As reported by the Houston Chronicle, the policy is no longer online. TheGrio previously noted that direct language from the East Bernard Independent School District dress code, reviewed by CNN, states that students are banned from wearing anything the district considers “extremes in hair styles,” including “braided hair or corn rows.”

The policy, which was available last week, prohibited male students from having hair that extends “below the eyebrows, below the tops of the ears or below a conventional standup shirt collar.” 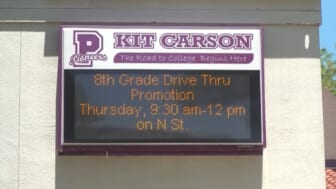 “This includes but [is] not limited to tall hairstyles, side-swept bang styles, and long hair dangling over shaved sides or shaved back of the head. This also includes mullets and mullets in the making,” the code continued, according to CNN.

Bullock said cutting off her son Dyree Williams’ dreadlocks is simply “not an option.”

“We don’t consider them dreadlocks because we don’t dread them, we love them,” she told the outlet.

Bullock previously told Click2Houston that her son “should be able to keep his locks in his hair.”

The school denied Bullock’s request for an exemption, per the report.

“East Bernard ISD’s hair policy is deeply discriminatory and needs to be changed,” Brian Klosterboer, attorney for the ACLU of Texas told CNN. “The policy contains explicit gender discrimination that recent court decisions have found to be unconstitutional and violate Title IX, and it also explicitly bans ‘braided hair or twisted rows/strands,’ which is a proxy for race discrimination and disproportionately harms Black students in the district.”

It’s unclear if Bullock intends to take legal action, but she agrees that the school’s hair policy “needs to change” as it seems to target “African American children or people,” she said. 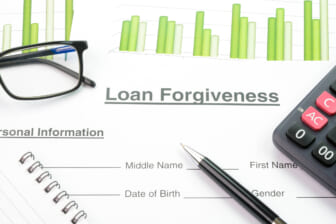 Klosterboer is not certain if East Bernard ISDH plans to update its policies related to hairstyles.

“I’m not sure if they are making changes,” he said Tuesday after the code of conduct was removed from the district’s website. “It could mean that they’re updating and changing it or maybe they just took it down and they’re still enforcing it.”

Meanwhile, district superintendent Courtney Hudgins told Click2Houston last week that “East Bernard ISD has not denied enrollment to the individual involved in this situation, as no enrollment or registration documents have been filed.”