One of Netflix’s biggest shows, Stranger Things is finally back after almost three years since the release of the third season. While the series is just days away from launching, it may have been spoiled not by leaks, but by a popular board game — Monopoly.

The series has a giant fan base, following the creepy, supernatural (and strange) happenings in Hawkins, Indiana, while viewers try to solve whatever mystery the series creators, The Duffer Brothers, present. 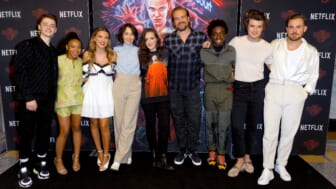 Season 4 is no exception, as viewers are already breaking down every clip and trailer Netflix releases before the premiere. Images of an official Monopoly board game tie-in surfaced online weeks ago, however, pivotal plot points in the new season have so far been kept under wraps.

According to The Hollywood Reporter, images of the Monopoly game appeared on Reddit, spoiling major aspects of the upcoming season. Netflix was reportedly “not happy” about the leak, nor were the Duffer Brothers, who “weren’t consulted about the game.”

A Reddit thread says that the images came from a game that was purchased at a major retailer. While that’s unconfirmed, the post reads, “Nobody stole it; nobody leaked a sample.” 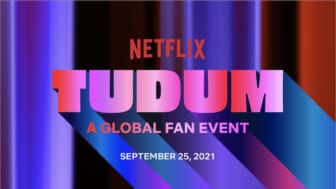 “Lessons have been learned and, I expect, there will be more cohesion going into season 5,” a source close to Netflix told the outlet. Outside of the game, Netflix has been busy promoting their tentpole series with official merch, the Stranger Things Experience, and more.

“Struggling with the aftermath, our group of friends are separated for the first time – and navigating the complexities of high school hasn’t made things any easier,” the season synopsis, via Netflix, reads. “In this most vulnerable time, a new and horrifying supernatural threat surfaces, presenting a gruesome mystery that, if solved, might finally put an end to the horrors of the Upside Down.”

Check out the final trailer for the season below: