"I'm the newest member of the community," said Nash in an exclusive interview with theGrio.

It’s officially Pride month and theGrio caught up with Niecy Nash and her wife, Jessica Betts, to discuss their plans to celebrate this year, as well as LGBTQ+ representation in music — specifically Hip-Hop and R&B.

As theGrio previously reported, Niecy Nash and Jessica Betts are not only a married couple, but now artistic collaborators. Nash recently starred in and directed Betts’ latest video for her song, “We Drip,” giving fans a glimpse into their dynamic and love for each other. The couple also touched on how they plan to celebrate that love at Pride this year as Nash called herself, “the newest member of the community.”

“You know I’ve never been to a Pride parade, so maybe somebody will invite me,” Nash said excitedly. Nash recently came out, having only dated men before meeting Betts, theGrio has reported. They married in 2020.

“I’m just saying!” Nash continued. “I’m the newest member of the community, so I need my running routes! I don’t know when the parades are, I don’t know anything yet!” 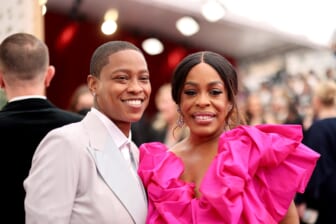 Betts, an accomplished singer-songwriter, reflected on LGBTQ+ visibility in her respective fields, noting that with artists like herself, Lil Nas X, Janelle Monae, Kehlani and others, she believes there is adequate representation. 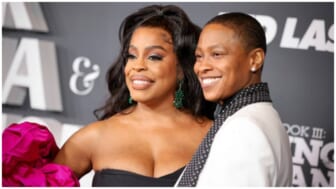 She and Nash are of one accord on the importance of people seeing others who are like them, Betts added.