Six men. Three states. Proud not to be washed up dads

The "washed" in the group Washed Dads means "We are super heroes every day," celebrating all things about Black fatherhood.

A half dozen Black men, all fathers or father figures, have banded together to celebrate fatherhood and started a clothing line to raise money for their community efforts.

The “washed” in their group, known as Washed Dads, doesn’t mean “washed up.” It stands for “We are superheroes every day.”

“Celebrating fathers wasn’t something you see all of the time,” Josh Thomas, one of the six founders of Washed Dads, told theGrio. “There are some really good dads out there who are devoted and do a lot for their children. So we started the brand to celebrate fatherhood and the ‘wash’ of being a dad.”

Thomas, who lives in Maryland, said the group formed in 2019. The other founders — all family members and their friends — include Geron Tate in Ohio and Jamarr Johnson, Chad Johnson, Braeden Rogers and Brandon Forte, all from New Jersey.

Being spread across the country means this small and relatively new organization can have an impact on several communities. For example, in Ohio, Tate has participated in the Windsor STEM Academy book drive, “Dads, Cars and Books,” and a single father toy giveaway. Thomas helps on his son’s basketball team. And in New Jersey, group members went to Newark’s Francisco Park and handed out 300 grooming kits and essential hygiene items. 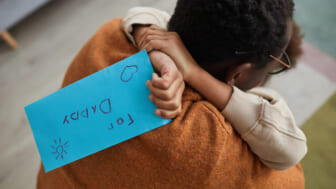 Also Read:
Father’s Day shopping got you stuck? We’ve got some ideas

The Census Bureau reports that 46.3% of Black children live only with their mothers. These children are more likely to live in poverty, stand a greater chance of being incarcerated and have a lesser chance of going to college, according to the Institute for Family Studies.

Washed Dads initially thought about starting a blog for fathers who could discuss issues they face, Thomas said. But if they wanted to do more, they would need funding. So, they started a clothing line, with the profits supporting the group’s community initiatives. They have a heavy Instagram presence and a website, washeddads.com.

“The revenue from the clothing feeds how we’re able to give back,” Thomas, a regional director for nine of Amazon’s faster then same day fulfillment centers, said.

The group has morphed into one that wants to make a difference in the communities in which they live — where their children live. Thomas, for example, helps out on his 9-year-old son’s basketball team. It means a lot to his child, but also to the other boys — especially those who don’t have fathers — to have someone to admire and seek out for advice.

Thomas said he has discussed topics that include bullying and the age-old topic that confuses boys: Girls.

“It’s things that you’d ask a father, and in the absence of a father, then you go to your coach, you go to that mentor in your life,” Thomas maintained. “I love this. I’m part of the community, and I am a father figure.” 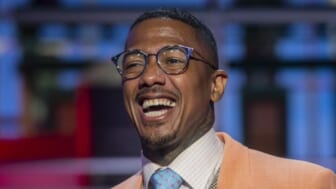 Now that Washed Dads has had some success, other groups are reaching out to them to gauge their interest in participating in other community efforts. Thomas says they’re interested in expanding but need to be strategic. All of the founders work, and those who don’t have children act as father figures and mentors to other youngsters.

Rogers said he would like to see Washed Dads move into more community work.

“It’s somewhere where we want to get to,” Rogers told theGrio. “We would love to set up programs that help children’s fathers,” and he mentioned sports and mental health as possibilities.

“There’s a chance to kind of be there or assist with programs talking to dads about parenthood or the day-to-day challenges,” Rogers added. “Inspirationally, we want to be able to do even more with programs or assist in programs that are helping the parents, fathers and children in our communities.”