On July 16, '988' will replace the current National Suicide Prevention number, amid concerns for Black and brown communities in need of mental health support.

For years, behavioral health professionals have been required to maintain 24/7 availability for mental health emergency calls. However, a key problem has remained: the National Suicide Prevention Hotline has had the same 10-digit number since 2005—and has been failing many people in crisis.

On-call clinics are typically inundated with patients and therefore unable to answer urgent calls, which means those in need are forwarded to the next-nearest call center or even a national backup center. Over 129 million people in the United States don’t have access to areas with enough mental health professionals to cover their needs or even answer their calls when they need it most.

In 2020 especially, there was a marked increase in depression and anxiety disorders nationwide, largely attributed to the COVID-19 pandemic and the global movement for Black lives. Despite an increase in urgent calls during the global health crisis, the hotline continued to be underfunded and understaffed. In an effort to finally address the severity of unanswered calls that could mean the difference between life and death, the mental health hotline has received a new number. The new national mental health crisis number, “988,” is due to launch on July 16—midway through National Minority Mental Health Month. 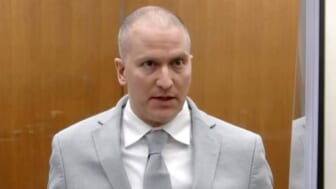 According to the Department of Public Health, Black youth are developing higher rates of depression, anxiety and suicide, as compared to their white and Asian peers. The study’s data revealed that “twelve of every 100,000 Black 18-24 year-olds died by suicide in 2020.” Significantly higher than in previous years, the increased numbers were attributed to the combined traumas of COVID-19 and police violence that year. The graphic and widely viewed public murder of George Floyd in May 2020 (along with other police-related Black deaths) as well as the elevated COVID-mortality rates prevalent in Black communities, and the attendant effects of the pandemic placed already vulnerable Black psyches in a more exhaustive mental health crisis.

With that said, many are hopeful the new 988 crisis number will act as a switchboard to help those in need quickly and easily access free counseling and psychological support—potentially, as many as two million callers a year. Nationwide, the intention is for over 180 crisis centers to take calls, circumventing the traditional “911” call that could become even more triggering if and when marginalized callers are forced to interact with law enforcement. 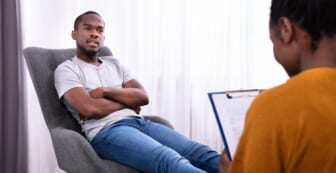 Nevertheless, despite federal funding for hiring additional staff, including $105 million from the America Rescue Plan toward the $282 million allocated for the new line, there are still fears healthcare workers aren’t ready for the increased volume of callers. This is particularly relevant for Black people and people of color, who are especially susceptible to mental and emotional trauma, as they experience a plethora of struggles through an intersectional lens, and are therefore most in need of culturally competent care. From Post Traumatic Slave Syndrome to hair discrimination and so much more—988 could be the next step in saving the lives most vulnerable to crisis or suicide.

If you or someone you know may be experiencing a mental health emergency or considering suicide, contact the National Suicide Prevention Lifeline at 1-800-273-8255 (en Español: 1-888-628-9454; deaf and hard of hearing: 1-800-799-4889) or the Crisis Text Line by texting 741741. [These lines will remain available during the and after the transition to 988]. After July 16, calls to 988 will be routed to the National Suicide Prevention Lifeline, as well—more info is available here. The following resources may also be helpful: Resources for Black Women Seeking Mental Health Support; Online Mental Health Resources for Black Women; Black Therapy Central