Tariq “Black Thought” Trotter is moving into a new endeavor, becoming a venture capitalist. The Roots’ frontman announced that he is now a general manager with Impellent Ventures.

The firm focuses on backing Rust Belt startups that may need mentorship and capital support from East Coast tech hubs such as Boston and New York. Trotter told Axios that his new venture was something that couldn’t be forced.

“I didn’t want to do anything that felt contrived,” Trotter said. “It had to come to be in an organic way.”

The “You Got Me” MC started inching his way into the business a few years ago when he was asked by Boston tech entrepreneur Philip Beauregard to speak at a Harvard Innovation Labs event, according to Axios. It was there that Trotter became acquainted with Rich Miner, co-founder of Android and Google Ventures.

After making some angel investments on his own and with some of his Roots bandmates, Trotter decided to become more involved in venture capitalism. He acknowledges that his celebrity status as a two-time Grammy Award winner and nightly presence on NBC’s “The Tonight Show with Jimmy Fallon” will bring “a cool factor” to Impellent. Still, as his general manager title implies, he looks to be more than a celebrity spokesperson. 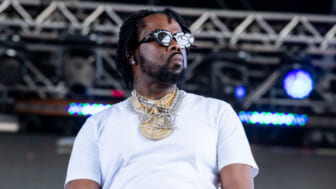 Also Read:
Are DJs still gatekeepers in hip-hop? A discussion long in the making

Trotter hopes that his involvement in venture capitalism will inspire fellow musicians to follow suit and also lessen the intimidation factor about entering this space for marginalized and/or underrepresented communities. “My brand is kind of like a bridge, and then people also look to my lyrical content for historical and political commentary, which helps inform them,” Trotter told Axios.

“When people see me out on the street, they don’t feel I’m the sort of celebrity that [is] far removed from them, on another planet with nothing in common … There’s a blue collar rock star thing about The Roots that’s approachable and understandable, and I think any company or brand aligned with that will appear more so as well.” 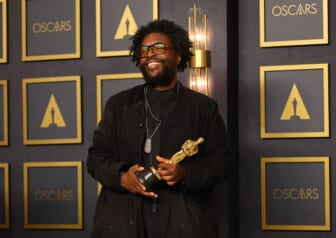 In the meantime, Trotter is staying busy with his first love: music. He will release his latest solo project, “Cheat Codes,” on Aug. 12 with six-time Grammy Award winner Danger Mouse handling the production, according to various media reports. The album will have 12 tracks and feature guest artists such as Raekwon, Joey Bada$$, the late MF Doom, Run the Jewels and Michael Kiwanuka.