John Legend has a new album on the way. The 12-time Grammy Award winner announced that his eighth album, “Legend,” will be released on Sept. 9.

Legend announced the news on Friday via his Instagram page. In addition to the album title and release date, the EGOT-winning singer and songwriter also revealed the track list and cover art. Against a black background, the latter features Legend (with chin up and looking directly ahead unsmiling) from head to shoulder. He is bearded, mustachioed, shirtless; his skin is cast in a golden hue. According to the post, “Legend” will be a double album with 12 songs per disc.

Disc 1, titled Act I, will feature Rick Ross, JID — who was featured on the album’s first single, “Dope” — The Free Nationals, Jhene Aiko, Ty Dolla $ign, Amber Mark and Jazmine Sullivan. The final song on Disc 1, “All She Wanna Do,” features Saweetie and was released on Friday as the latest single from the album. 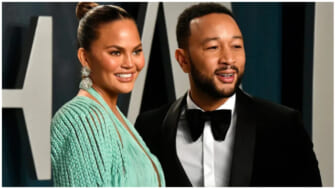 Disc 2, titled Act II, features Muni Long, Jada Kingdom, Rapsody and Ledisi. The track with Long, “Honey,” was the album’s second single. While album producers have yet to be disclosed, Legend will executive produce the album with Ryan Tedder, according to Billboard.

“Legend” is the follow-up to Legend’s “Bigger Love” in 2020. It marks the first time that he is using an eponymous album title.

“Until this point, I’ve never used an aspect of my name as the title of an album,” Legend said in the statement that Billboard obtained. “I had to earn that, to live up to it by delivering in the performance and the music. And this is me saying I’m proud of who I am, I’m confident in the work I’ve done, and I’m just going to declare it.” 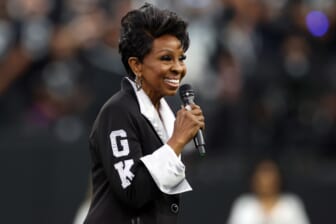 The announcement about the new album coincides with the continuation of Legend’s Las Vegas residency, “Love in Las Vegas,” at the Zappos Theater at Planet Hollywood. The second leg of the residency begins on Friday and will run until October.