“The president heard us and we heard the president,” Thelma Daly, chair of the National Council of Negro Women, said of the West Wing meeting with President Joe Biden. 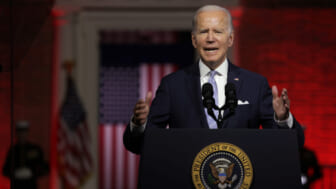 Following the meeting, Morial addressed reporters outside of the West Wing of the White House. He told reporters, including theGrio, that there is “a state of emergency for American democracy.”

“[The] president’s speech last night aligned, confirmed and echoed that message,” said Morial. “Why do we say there’s a state of emergency? Since 2008, there’s been a concerted effort to suppress, dilute, intimidate and undermine the abilities of our community to participate at the ballot box.”

With this year’s midterm elections around the corner, Johnson of NAACP believes voters who cast a ballot on Nov. 8 can help make the U.S. safer and more equitable for Black and brown citizens.

“The impact of voters this November will send a clear message that democracy is worth protecting and white supremacist activity is a danger to our democracy,” said Johnson. “So as we stand here as civil rights leaders, we are aligned with this administration to protect democracy.”

Daly of the National Council of Negro Women told reporters she believes the meeting with President Biden was “positive.”

“Sometimes [when] you can talk to people, you can talk, but they may not hear you. But I guarantee the president heard us and we heard the president,” she said. “I think we all stand here to protect our great democracy.” 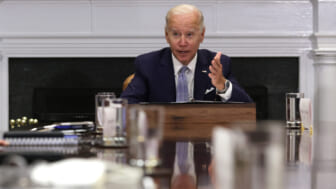 Sharpton told theGrio that he spoke with Biden about police reform and other policy changes that the Black community would like to implement nationwide. The civil rights leader and political TV host said he is concerned about Biden’s Safer Communities Plan funding to add 100,000 more police officers to America’s city streets.

“I want to see now that the police you’re adding are going to be trained, that there’s going to be a registry, so we know these are people that have not done abusive things,” said Sharpton.

Referring to the high turnout of Black voters in the 2020 election and potentially replicating such a turnout this year, Sharpton added, “Now and after November, if the Black community delivers for your party, you’ve got to deliver for the Black community.”

Civil rights leaders and President Biden also discussed the case of WNBA star Brittney Griner who was sentenced to 9 and half years in prison last month for violating Russia’s drug laws. In recent months, Biden and White House officials have said repeatedly said that Griner’s safe return is a top priority for his administration.

Sharpton told theGrio, “We did not want to sit in the White House and not bring up Brittney Griner.” 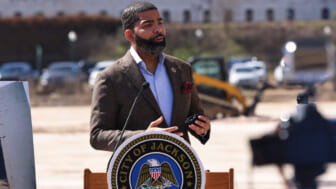 He shared, “We thanked [the president] for reaching out and calling the family. Some of us have stayed in touch with the State Department. We wanted him to know that that was a continued concern of ours and he gave us his assurance that it was a priority.”

Johnson of NAACP told theGrio that his main focus during the meeting was to find a solution for the Jackson, Mississippi water crisis.

“We hope that this administration will use all within their power to ensure the citizens of Jackson are not taken advantage of by a state government that has intentionally over the last several decades, particularly over the last two years, sought to starve the city of Jackson of Resources to make sure we had a water department that was up running with safe, clean drinking water,” he said.

Morial of the National Urban League told reporters, “We know that we have a tough battle ahead of us,” as it pertains to solving the issues plaguing the Black community, but he believes Friday’s meeting with the president demonstrated that “is committed and aligned” with supporting the goals presented by the civil rights leaders.

“We are committed until Nov. 8 to educate, protect and promote the rights of our communities to vote,” he continued. “Collectively, we will be touching millions of voters. Collectively we will be deploying thousands of organizers, volunteers, workers, lawyers, pastors … to ensure that the right to vote is defended, protected and affirmed.”