Jarrett Hobbs was suffering a psychological episode at the jail and asked to be placed in protective custody.

A lawyer representing a man who was beaten by jailers at a Georgia detention center are calling for a criminal investigation, CNN reports.

Daniels released two surveillance videos of Hobbs inside a cell, which do not have sound. At least four white officers rush in and restrain him, one grabs his neck while others punch Hobbs in the head.

A second video shows officers wrestling Hobbs to the ground as they pull him out of the cell and one of the officers kicks Hobbs, according to his attorney. The incident allegedly resulted in one deputy sustaining a bruised eye and a broken hand, according to court documents in Hobb’s probation revocation case, CNN reports.

Daniels said a third video of the altercation with the Georgia jailers has audio and shows another angle of Hobbs’ interaction with them. He has not yet released this footage amid his calls to the district attorney to bring criminal charges.

Hobbs, who lost on of his locs in the scuffle, was charged with assault after the officers beat him, according to News4JAX. “As this happened — they charged him with battery, aggravated assault and obstruction,” Daniels said. “So they beat him and charged him.” 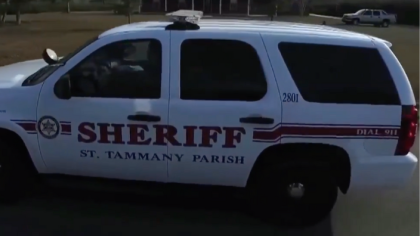 Hobbs was suffering a psychological episode at the jail and Daniels said his client asked to be placed in protective custody. His violent encounter with the jailers was allegedly prompted after officers repeatedly told Hobbs to stop kicking and banging on his holding-cell door but he refused, according to his parole officer who was not at the detention center, CNN reports.

“This video is undeniable and the deputies’ actions are inexcusable,” Daniels said in a news release, according to ActionNews Jax.com. “Mr. Hobbs entered the Camden County Jail suffering a psychological episode and asking to be placed in protective confinement. But instead of protecting him, these deputies jumped him and beat and kicked him mercilessly like a gang of dangerous thugs.”

Hobbs was denied medical treatment after the beating and placed in solitary confinement, according to his attorney, News4JAX reports. 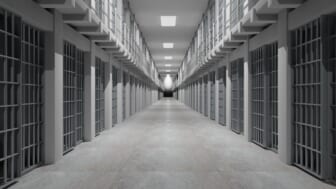 The Camden County Sheriff’s Office said in a statement that it has launched an internal investigation which “will include all recorded video from the time the inmate entered the facility on September 3rd, 2022 until his release on September 30th, 2022.”

Hobbs was arrested in Georgia for speeding and driving on a revoked or suspended license while in possession of a controlled substance. He also violated conditions of his North Carolina parole, which prohibited him from traveling outside of the state, CNN reports.