This week we track the luxury labels featured in ‘Wakanda Forever’, recent red carpet style, and add the DAP holiday collection to our lists.

It’s that time of year when many of our favorite celebs are changing out of their comfy fall sweaters into black tie garb. So far this season, red carpet premieres and end-of-year galas have been a study in style — this week alone found us swooning over Lori Harvey at the Baby2Baby Gala, Janelle Monáe at the “Knives Out” premiere, Laverne Cox at the Mugler exhibition opening, and more.

This week’s style guide also finds us excited about a holiday collaboration between Gap and Dapper Dan, Tiki Barber pairing up with a ‘Shark Tank’ outerwear brand, the Fifteen Percent Pledge’s first-ever achievement award and grant, Ciara on the cover of Women’s Health, and more.

Red carpet moments we can’t get enough of

From movies to philanthropic events and even gallery exhibition openings paying homage to designers, stars have been stepping out on red carpets in head-turning and headline-making style this season.

Major moments this week included the star-studded Baby2Baby gala, where a slew of stars including Kerry Washington, Kelly Rowland, Tyler Perry, Byron Allen (owner of theGrio), and more came out to show their support, with Lori Harvey stealing the show in the bridal look from Off-White’s last collection. Janelle Monáe stunned in a dramatic feathered and cutout Elie Saab gown at the “Knives Out” premiere while filmmaker Joy Sunday served charming goth glam at the premiere of the “Wednesday” movie. And Gabrielle Union made the rounds for the premiere of Disney’s “Strange World,” including an appearance with equally stylish husband Dwayne Wade and their daughter Kaavia.

Dapper Dan has more up his sleeve with GAP

The GAP and Dapper Dan are bringing some holiday cheer this year.

According to Complex magazine, the retail brand and the Harlem-based designer have teamed up once again, this time on a limited-edition holiday collection of hoodies. The apparel will feature the remixed “DAP” logo in gold on sweatshirts in four different holiday-themes colorways, including one in houndstooth and three plaid hoodies in red, yellow, and forest green.

The holiday hoodies, priced at $128 each, will first drop at the Gap store location in Harlem on November 29, with Dapper Dan himself making an appearance. The rest of the world will gain access online at 12 noon ET on November 30. 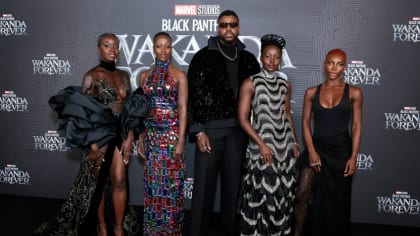 Since fashion designer Aurora James launched the Fifteen Percent Pledge two years ago, 29 different companies around the world have signed on with multi-year commitments to invest in bolstering Black-owned businesses.

The fruits of these partnerships may still be a ways from the harvest but now, helping Black-owned businesses gain access to resources doesn’t have to be; James has just announced the Fifteen Percent Pledge’s first-ever achievement award.

One lucky Black-owned brand will be awarded a $200,000 grant while two additional finalists will each receive $35,000 and $15,000. Applications are due by December 9. The awardees will be announced in person at the 2023 Fifteen Percent Pledge’s Benefit Gala in February.

“Lack of access to capital is a giant barrier of entry—not only for Black people to start their own brands but to scale and grow their own brands. We want to do everything we can to help knock down those doors,” said James in a video announcing the new award and grant.

In the December issue of Women’s Health magazine, for which she is the cover star, the singer-songwriter and CEO reveals she’s remixed her workout regime since becoming a mother of three.

“I’ve accepted that my body will never be what it used to be,” she declares in the cover story.

Ciara further explains that she developed diastasis recti, a condition that can occur as a complication during childbirth where the ab muscles separate.

Learning this was “game-changing,” said the “Level Up” singer, who also divulges how she’s been adjusting to life in Colorado since her husband, quarterback Russell Wilson joined the Denver Broncos, as well as balancing life, motherhood, and becoming CEO of several concurrent ventures. Ciara also drops details on her upcoming album slated for release in early 2023 and more.

Applications are now open for Tommy Hilfiger’s second annual New Legacy Challenge. A collaboration between Hilfiger’s People’s Place Program and Harlem’s Fashion Row, the challenge is a design competition intended to support rising Black fashion talent by offering them a global platform. The New Legacy Challenge is an eight-month program that provides finalists access to a Hilfiger mentor and a chance to design their renditions of some of the brand’s iconic styles. The competition’s winner will ultimately receive a $25,000 grant and codesign a capsule collection with the Hilfiger team.

“This is an open call to all Black designers out there who have ever dreamed of representation for, and acknowledgment of, their work. Show up, be heard, and let your authentic vision shine,” said Randy Cousin, senior vice president of the People’s Place Program and head of Tommy Hilfiger Lab, Tommy Hilfiger Global, per WWD. “We created this platform to lead this charge, and now is your time to join us on this journey. We know the talent you possess; we want the rest of the world to see it.”

To qualify for the program, applicants must have been selling and designing clothing through their own brands for at least two years. Legal residents of the U.S or the United Kingdom must submit their applications by December 14. 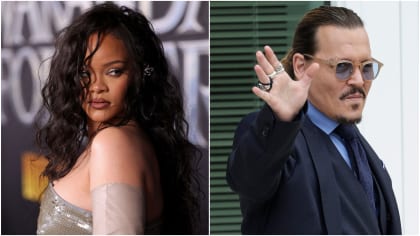 The final Reebok and Pyer Moss collection has arrived

“This is the last Reebok by Pyer Moss collection Ever. There will never be another,” says Kerby Jean-Raymond, founder and creative director of Pyer Moss.

As reported by theGrio in February, Pyer Moss and Reebok are parting ways after a five-year partnership. What began as an 18-month deal in 2017 has since blossomed into a coveted streetwear collaboration between both brands, releasing its final drop, the “Uzgd” collection, on November 12. The fourth and final collection features new colorways of the “Reebok by Pyer Moss Experiment 4” shoe and apparel. Shop the collection while you can at pyermoss.com and Reebok.com

Former NFL player Tiki Barber is teaming up with Collars & Co. for a new outerwear collection. After seeing great success on TikTok, the menswear brand is expanding its repertoire by introducing two down jackets, a quilted vest, and an overcoat to its inventory. Barber’s partnership with the brand aligns with its mission to show that “ looking good does really make a difference in how you perform,” as explained by Collars & Co. founder Justin Baer.

From makeup to dolls to hair products, Marvel’s “Wakanda Forever” has been a hot topic in not only the entertainment industry but also the fashion and beauty industries. Leading up to the film’s release last weekend, Marvel announced a bevy of brand collaborations; however, it’s the costumes in the film itself that have attracted the most attention. Embodying the film’s consistent theme of Afrofuturism, acclaimed costume designer Ruth E. Carter, who scored a history-making Oscar win for 2018’s “Black Panther,” was once again very intentional about the motifs and outfits featured in the film. As reported by WWD, in addition to Carter’s original concepts, the cast was dripped out in unique designs from Iris van Herpen, Hervé Léger, Mugler, and even Adidas. The real-life accessibility and versatility of the cast’s wardrobe are yet more reasons to love the “Black Panther” sequel.