Alena Analeigh McQuarter, 13-year-old STEM wunderkind, impressed us all with poise and protest at theGrio Awards

OPINION: The prodigy, who is the youngest Black person to be accepted into medical school, used theGrio Awards stage to speak to young girls and stand in protest to the death of Iranian Mahsa Amini.

While I typically and frequently quote the first lines of Whitney Houston’s hit single, “The Greatest Love of All” for kicks and giggles, the truth is that I genuinely believe in the message. I do believe that the children are our future and if we teach them well and let them lead the way (yadda yadda yadda) that the world will have no choice but to be a better place. I think most people probably believe in this as well; it’s why so many of us get all excited and proud when some young person does something amazing and gets recognized for it.

Such brings us to theGrio Awards Young Icon honoree, Alena Analeigh McQuarter, a 13-year-old college student at Arizona State University and Oakwood College (an HBCU), who at 12 became the youngest Black person to ever be admitted to medical school. With a love for space and a mother who supported and encouraged her dreams, Alena has probably surpassed any expectation anybody could ever have for her. Luckily for her, she’s a dreamer, so who knows where she can go? But because she was raised right — as my mama would say — Alena doesn’t only have eyes on her future but the potential futures of young ladies who look like her. She created a platform called Brown STEM Girl and well, kudos.

This is all stuff I learned as soon as I saw that we were honoring a young lady with an interest in STEM who accomplished more by 13 than most folks will achieve in life. So when she got up on stage at theGrio Awards and displayed both her youth and her maturity at the same time, the entire audience was charmed. Alena did what most adults often seem to forget to do: appreciate the moment. She took her time giving her speech, and you could tell she enjoyed the opportunity to be on stage in front of so many famous people while also being honored beside them. She was the first honoree up and set the tone for the gala, not just because she’s impressive, but also because she stood tall in a room full of giants and used the space to also stand in protest with Iranian women and people around the world distraught over the death of Mahsa Amini, a 22-year-old Iranian woman who was detained and died while in the custody of Iran’s morality police over its hijab law. Alena cut one of her locks in support and, well, wow. 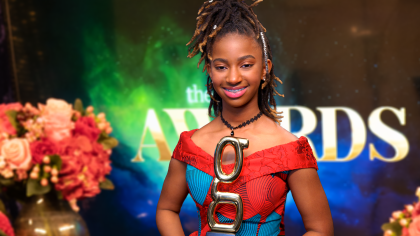 The parent in me sat in the audience looking at this young lady and felt like a proud parent. Obviously, I don’t know her nor am I related, but when you see young Black children being brilliant and compassionate, you just have to think about all of the other children, including your own, who have this amazing capacity to be the very best versions of humanity and often can teach us lessons about right and wrong. I have four kids who often teach me lessons about myself on a daily basis but who I know if given the option between right and wrong, would always get it right. And they care about people, and once their brilliance shines through, well, I don’t mean to brag, but I’m out here supporting and nurturing more of the greatest humans. Like Alena. I know her mother couldn’t have been more proud, because I was proud. 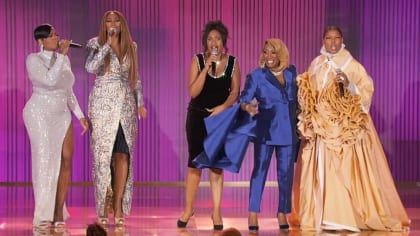 Shouts out to Alena Analeigh McQuarter for reminding the adults in the room about the possibilities of a young mind that is brilliant and truly cares about the world. We’re all better because of the work she’s doing and who she hopes to become.