Leslie Jones vows to be her vulnerable, honest self as ‘Daily Show’ host

NEW YORK (AP) — Comedian Leslie Jones will be taking a temporary whirl as host of “The Daily Show” this week, and she says viewers can expect her trademark — some blunt, edgy humor.

“I’m not Jon Stewart. I’m not Trevor Noah, I’m Leslie Jones. So I’ll be bringing that vulnerable honesty,” the “Saturday Night Live” alum joked in an interview on the eve of her new gig.

While this week marks the first time Jones has appeared on “The Daily Show,” she’s no stranger to MC-ing, having guest-hosted “The Ellen Show” and taking charge of ABC’s game show revival “Supermarket Sweep.”

“No assignment to me is ever different. It’s always them asking for me. Pretty much what I come to deliver is me. So it’s not really too much different than when I used to do — updates at ‘SNL’ or doing standup, you know?” she said. “It’s all talking.”

Over the years, “The Daily Show” — first hosted by Craig Kilborn, then Jon Stewart and more recently Trevor Noah — has skewered the left and right by looking at the day’s headlines with a jaundiced view. Noah stepped down late last year, and no permanent successor has yet been named. 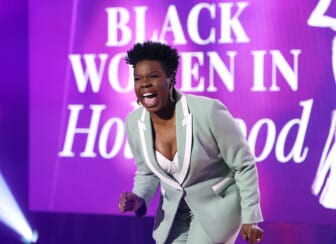 During her run from 2014 to 2019, she routinely hit on Colin Jost while appearing on his “Weekend Update” desk, calling him things like a “little salty oyster cracker,” and showing off her complicated and fictional relationship with fellow cast member Kyle Mooney.

Her viral tweets earned her an NBC correspondent job at the 2016 and 2018 Olympics. She hosted the BET Awards in 2017 and starred in the 2016 “Ghostbusters” remake.

Jones said she has been keeping up with daily events and personalities to ensure “The Daily Show” is still topical under her watch, but she’s also got stuff planned. 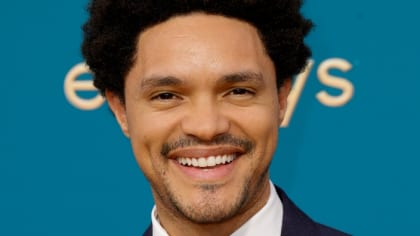 “We got already a lot of ideas wrapped up and what we want to do and what we want the show to look like,” she said. “Of course that changes with daily events. If something big happened, of course, we would have to change it for that. But, yeah, we got a lot of stuff that we already want to do.”

Asked if she’d be interested in inheriting the host’s chair on a permanent basis, Jones was non-committal. “I don’t really want to answer that,” she said.