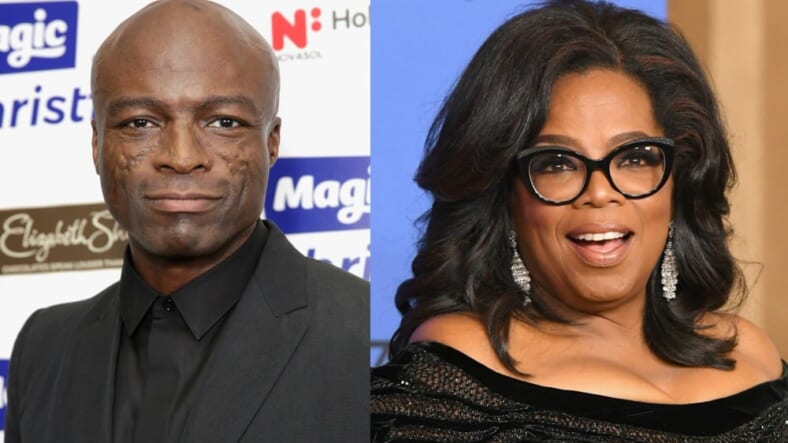 On Thursday, Seal took to Instagram to call out Oprah Winfrey, who he framed as a hypocrite over her friendship to alleged sexual abuser Harvey Weinstein.

The British singer posted an meme of Winfrey kissing Weinstein on the cheek with the words: “When you have been part of the problem for decades, but suddenly they all think you are the solution.”

He also captioned sarcastically, “Oh I forgot, that’s right…..you’d heard the rumours but you had no idea he was actually serially assaulting young stary-eyed actresses who in turn had no idea what they were getting into. My bad.” 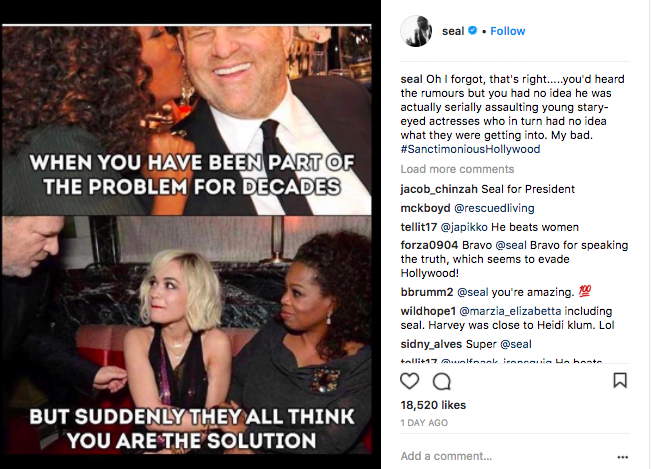 Of course, Seal’s comments did not blow over well. In fact, Model Chrissy Teigen came to Winfrey’s defense and hit the singer with the best response.

“Hmm. Let’s just say we’ve all heard things about each other, haven’t we?” she wrote in the comment section.

She tried it, too

Seal isn’t the only person who tried to come for the talk show icon.

Stacey Dash thought it was a good idea to come for Oprah Winfrey, and she quickly found out the hard way that you don’t take shots at the queen.

On Wednesday, the actress and ex-Fox News darling tweeted out a fake news story about Winfrey titled “Oprah Under the Microscope: 12 Skeletons She Can No Longer Hide In Her Closet.”

“This cannot be dismissed. Oprah must be forced to answer to these if she’s going to ask for our vote…,” Dash tweeted to her 564,000 followers.