This will be the year of the melanin glow-up

Just a few weeks in and 2018 is already shaping up to be the Blackest year yet. Auntie O blessed us with her rousing Golden Globes speech and St. Paul, MN’s first Black Mayor Melvin Carter III strolled with is Alpha Phi Alpha brothers at his inaugural ball to “Mic Checka (Remix)” by Das FX. That’s a pretty Black start to the year.

Here are 20 more reasons why 2018 will be pretty damn Black. 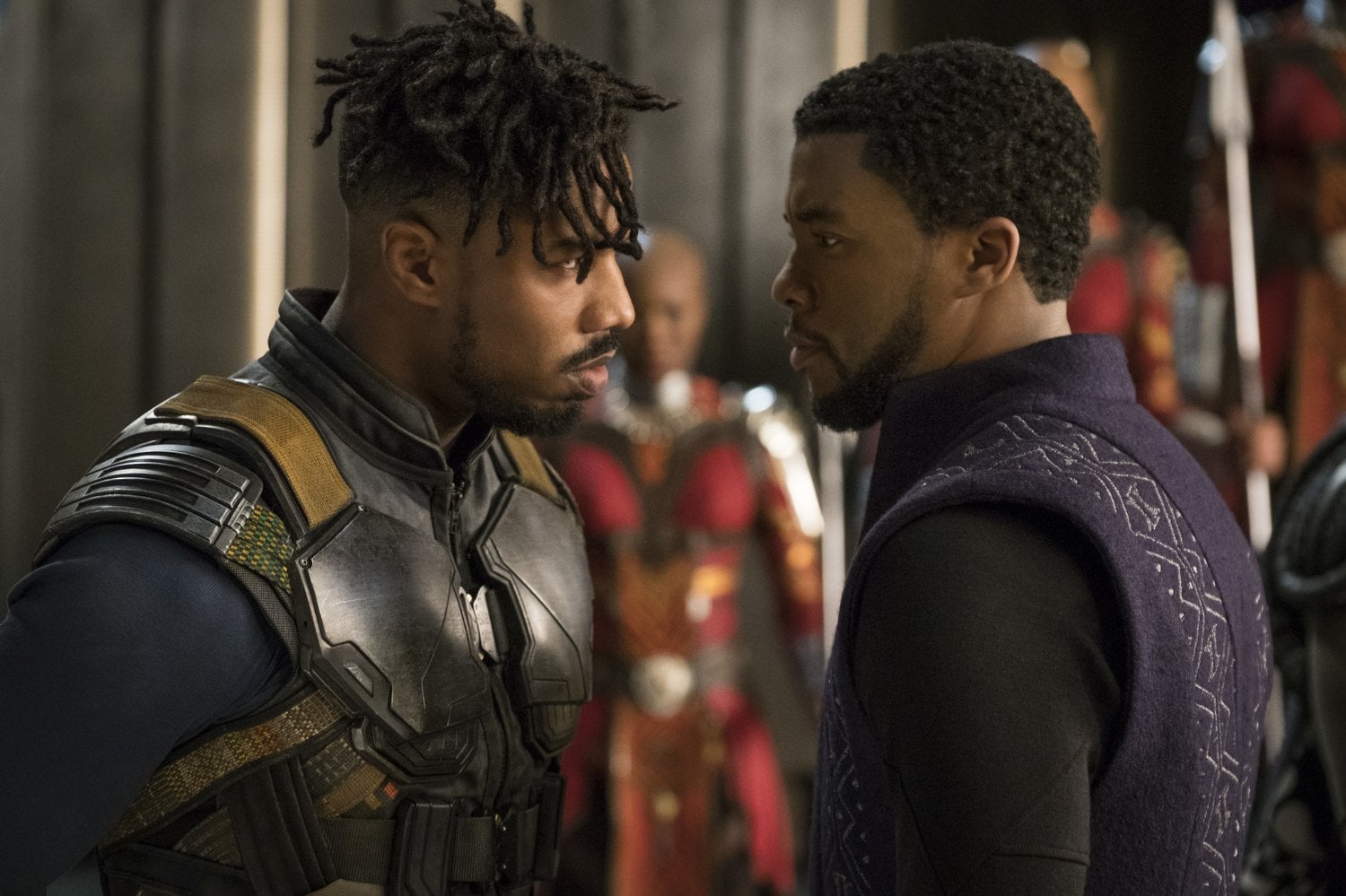 An Afro-futuristic film about a super hero king in a fictional African kingdom is about as Black as you can get.  Plus the movie stars pretty much every Black working actor: Chadwick Boseman, Lupita Nyong’o, Angela Bassett, Michael B. Jordan, Forest Whitaker, Sterling K. Brown, Danai Gurira…you get it. It’s Black, y’all.

All of your cousins will be in theaters opening weekend and it will be glorious. During Black History Month no less! You might not be able to see the movie because of all the geles, but that’s okay because you won’t be able to hear the movie either due to the “interactive” nature of watching movies with Black folks. 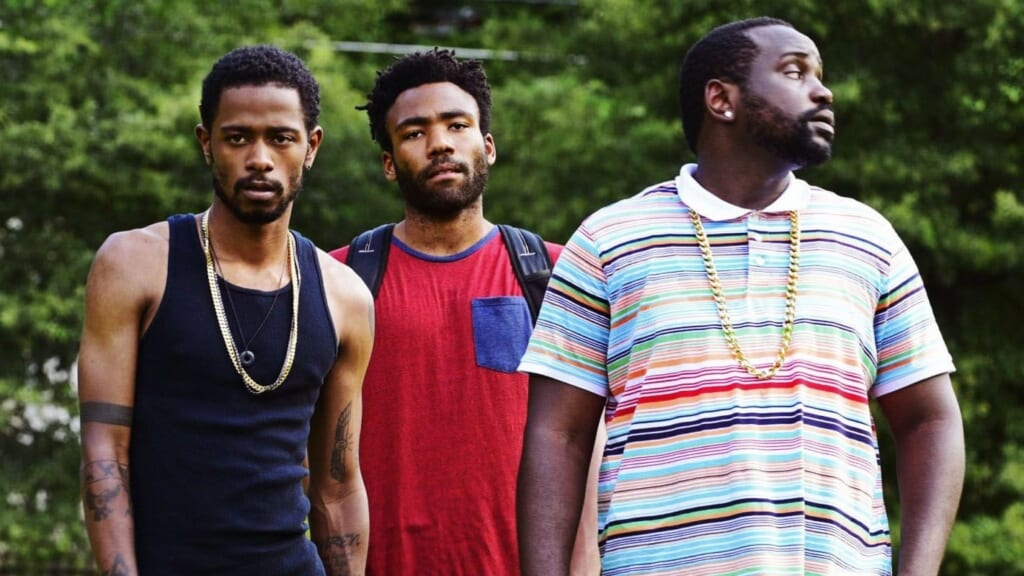 Donald Glover is back this year with his brilliant, Black ass show Atlanta. Can’t wait to catch up and see what Earn and ‘nem are up to this season.

Issa “I’m rooting for everybody Black” Rae will be sprinkling more of her #BlackGirlMagic on HBO with another season of Insecure. Hopefully, there will be more Kelli. She’s hilarious.

John Boyega is the epitome of #BlackBoyJoy when he’s on the red carpet. In true Naija fashion, the Star Wars star brings his whole fam and makes sure his folks get some shine. 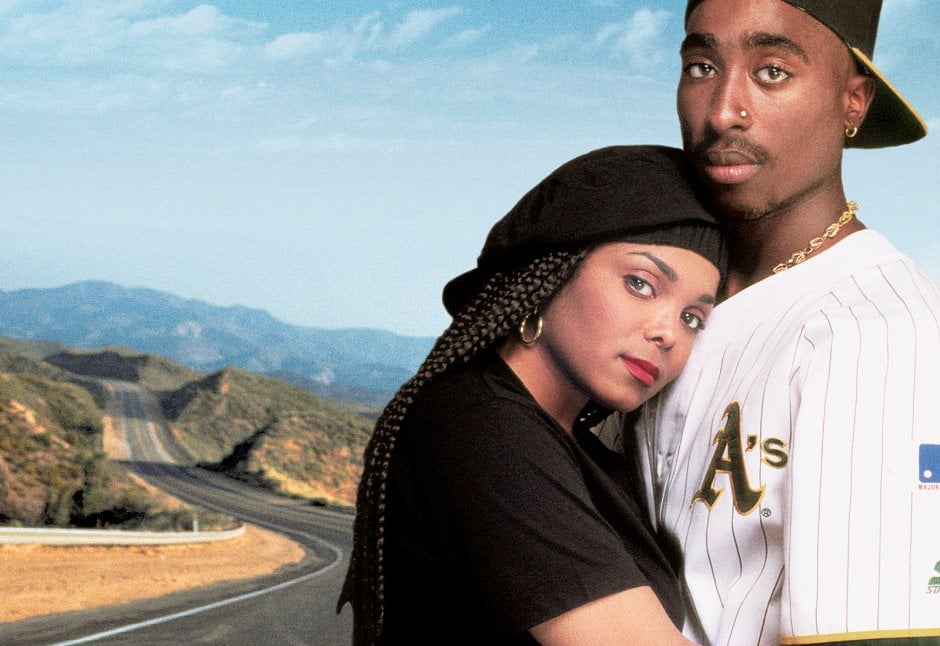 Janet Jackson, those box braids, and Pac were everything in 1993. In honor of this classic’s anniversary, let’s crash somebody’s family reunion barbeque this summer and pretend we’re related.

10–year anniversary of the end of The Wire 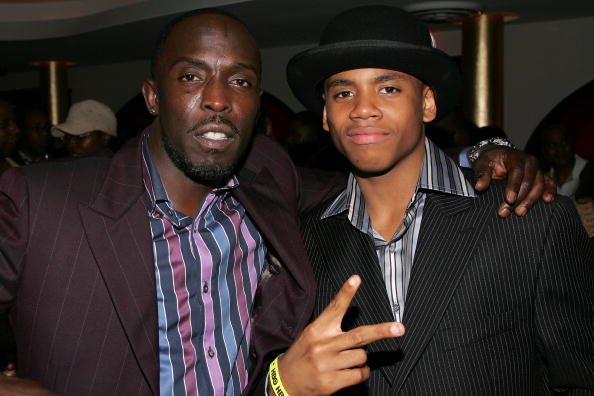 It’s hard to believe it’s been 10 years since one of the best shows on television bid adieu. Thanks to that show, the world was introduced to the likes of Michael B. Jordan, Mack Wilds, and so many other great additions to Black Hollywood. 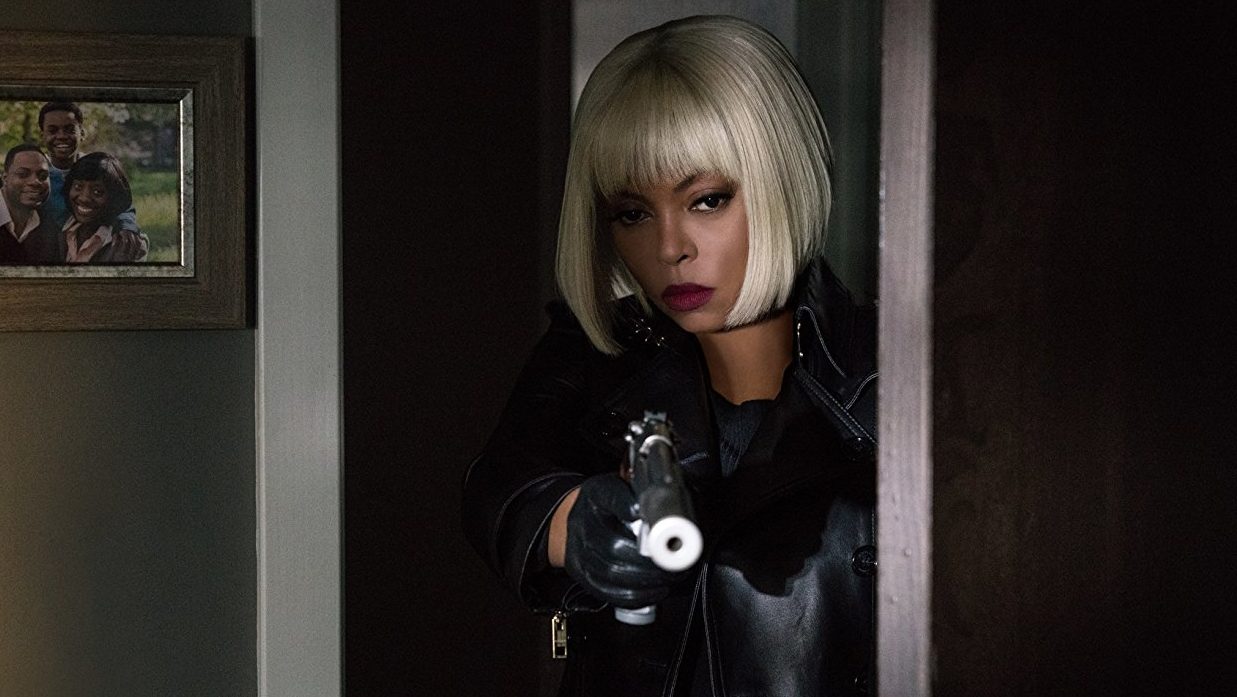 They did our girl Taraji P. Henson dirty with the lack of marketing for Proud Mary, but it’s still good to see a Black woman whooping a$$ and taking names on the big screen.  Harkens back to Pam Grier’s heydey.

Rumor has it that Pam Grier, the original Foxy Brown, has a biopic in the works. Grier’s sexy Blaxploitation movies from the 1970s are the stuff of legend. Sources say Jay Pharoah will play Richard Pryor, the comedic legend who was once Grier’s lover.

Chances are that you know exactly where you were on November 4, 2008. That’s the night Barack Obama made history by becoming the first Black man to be elected President of the United States. Obama and his fam are out here living their best lives while we are stuck with 45. At least we have the memories of this night. There will surely be lots of

The Emmy-winning writer and actress Lena Waithe continues to bless us with realistic and nuanced representations of Black life. From her beautiful Thanksgiving episode on Master of None to her work on The Chi and Step Sisters, and her This is Us appearance, Waithe will be a big factor in providing 2018 with some of the Blackest moments.

Ms. Zora Neale Hurston, the embodiment of #BlackGirlMagic, passed away 48 years ago, but she continues to surprise us with her literary gifts. In the Spring of 2018, a previously unpublished work of Hurston’s will be published. Barracoon: The Story of the Last Slave is Hurston’s 1931 interview with Cudjo Lewis, the last known survivor of the Trans-Atlantic Slave Trade.

Everything Ava Duvernay Does 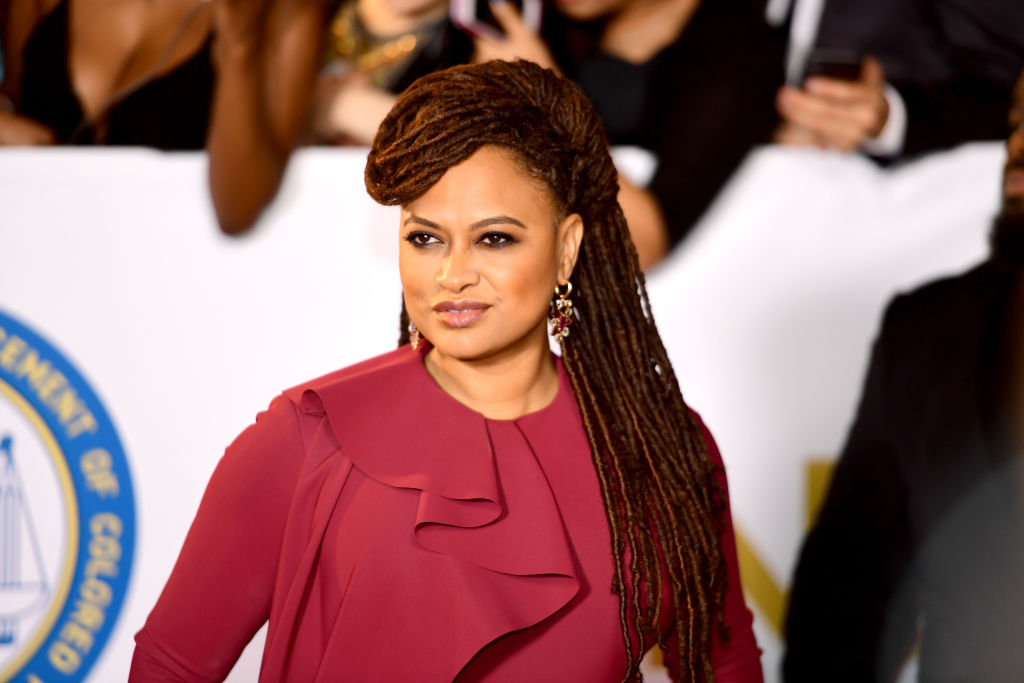 Ava DuVernay’s award-winning work from Selma to Queen Sugar to A Wrinkle in Time is proof that she loves Blackness and is devoted to showing us as we are. She also once said during a Bitch Magazine interview “I will never make a film without a Black woman in it. I can say that very clearly. There’s no world in which I’m interested in telling stories where we are not there.” Yes, Ava! Thank you.

The 1990s were full of movies about Black urban life. Boyz n the Hood, Friday, Juice, and Set it Off were all must-see blockbusters. Menace II Society was right in there and it had a soundtrack filled with hits. Plus, Bill Duke’s line in the interrogation room about “messing” up is a classic. 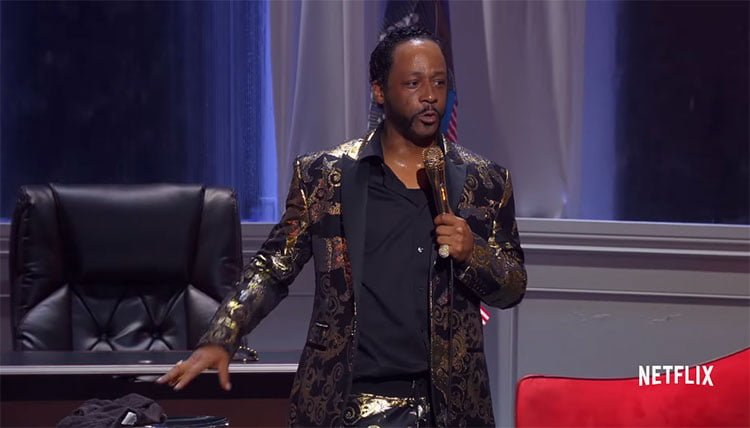 Netflix has already snagged Dave Chapelle, Chris Rock and others for exclusive stand-up comedy specials and now they can add Kat Williams to the list. His Great America stand-up special is classic Katt—a relaxer, a robe, and no behavior. 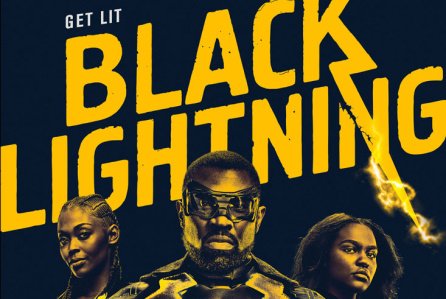 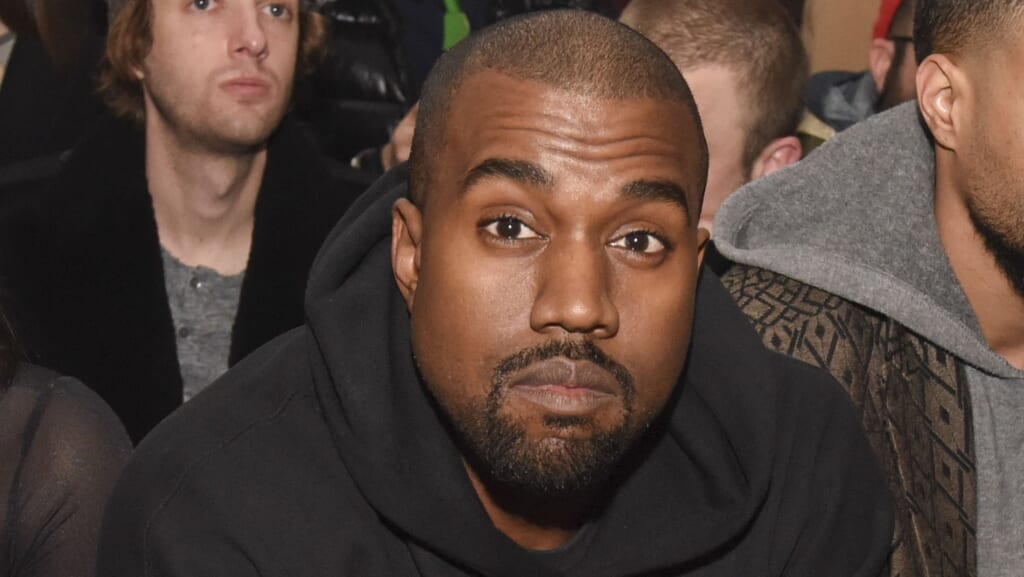 Okay, so Kanye has not actually announced a new album, BUT he has been carrying around a laptop lately and he has a whole new source of inspiration with the birth of his baby girl, Chicago.

So, Beyoncé hasn’t announced a new album either, but like Kanye, she’s been clutching her laptop lately, and it’s been two years since she blessed us mere mortals with Lemonade. Now that the twins are here, she can put Jay and Mama Tina on babysitting duty while she obliterates a Billboard chart or two. We ready! * Tiffany Haddish Voice *

TheGrio.com is devoted to Black people, Black life, Black culture. If something Black happens, rest assured, you can come to theGrio.com to find out about it. We love you.