We love a man who takes up for his lady. 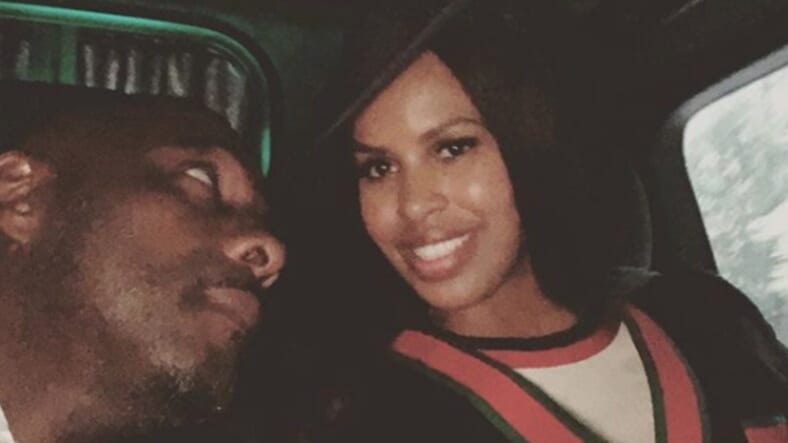 As if there weren’t already enough reasons to love Idris Elba, he just gave us another swoon-worthy moment.

The actor took to social media to defend his fiancee, Sabrina Dowhre, from haters who criticized her royal wedding attire. Plenty of people were flabbergasted by her decision to wear Gucci from head to toe and slammed the beauty for looking way too casual for the highly-anticipated affair.

He shared a sweet photo showing how much he adores his lady love along with a dialogue that proves all that matters is their love and happiness. It also revealed his adorable nickname for his fiancee, Sabbi.

“Sabbi: How do I look?
Me: You look beautiful Sabbi!! Lets go see Harry and Meghan get married and make history.
Sabbi: Boom ??.
Me: ?? @sabrinadowhre I love you. @!@@ the haters..#happiness,” he posted.

Aside from spending quality time with his loved ones, Elba is busy with a few upcoming projects. He’s set to star in and executive produce a new comedy series for Netflix, entitled Turn Up Charlie. In it, he will play a struggling DJ who decided to help his best friend raise her problematic child by becoming his “Manny.”

Netflix has already ordered eight, 30-minute episodes of the series that begins production in May.

He’s also gearing up for In The Long Run, a UK-based comedy series based on his own childhood.  The story follows the life of Walter, who works in a local factory alongside friend and neighbor Bagpipes, who is played by British comedian Bill Bailey. The ensemble cast also includes veteran Black UK actors Jimmy Akingbola of the CW’s Arrow, as well as Madeline Appiah.

We can’t wait to see what kind of wedding Idris Elba and Sabrina Dowhre will have but we’re guessing it will be one for the books.