R.I.P.: Joe Jackson, patriarch of the Jackson 5 and father of Michael and Janet, dies at 89 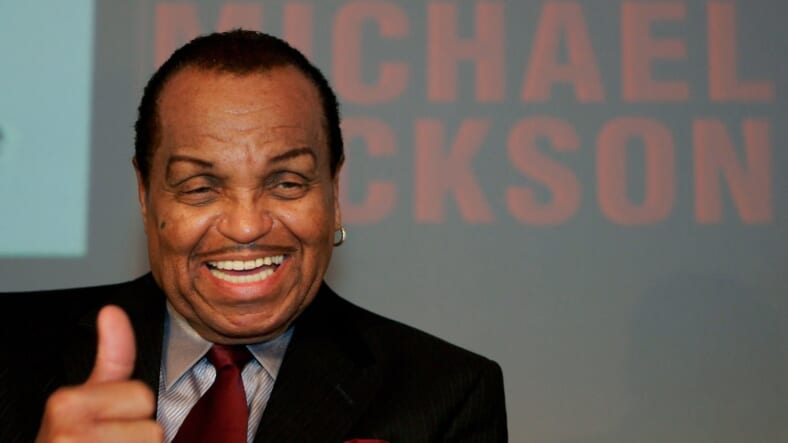 Joe Jackson, the patriarch of the Jackson family has died.

Wednesday, family sources confirmed to TMZ that Jackson passed away at 3:30 AM in Los Angeles.

Jackson was the tough as nails and allegedly abusive father and manager of the most iconic American family musical group in history, the hit-making Jackson 5, who represented Motown Records. A former Golden Glover boxer, Jackson worked as a steelworker when he started coaching his young sons and transformed them into a family band in the early 1960s.

Earlier this month, the 89 year-old who had been battling terminal pancreatic cancer was hospitalized. On June 21, son Jermaine told the Daily Mail, “He’s very, very frail, he doesn’t have long. The family needs to be by his bedside — that’s our only intention in his final days.”

However, his granddaughter Paris Jackson, spoke out and said that the message was in not written by him. “My grandfather did not tweet this,” she commented. “I’m not sure if he’s ever used this account.”

In his final days his wife, Katherine, had been at his bedside as were some of Joe’s 11 children and grandchildren.

READ MORE:  White student who lied about being raped by Black man gets paltry jail sentence

He had been battling health problems for some time now and was previously hospitalized in 2016 after coming down with a high fever. He also had a stroke and three heart attacks back in 2015, leading doctors to implant a pacemaker.

His son Michael with whom he had a particularly complicated relationship with, died from an apparent cardiac arrest at age 50 on June 25, 2009. And his son Brandon died at birth in 1957.

Jackson was also the father of Joh’Vonnie Jackson, 43, the daughter of Cheryl Terrell, with whom he had a 25-year-long affair. His wife Katherine filed for divorce twice during their marriage but never went through with the separation.

Although several of his children, including son, Michael, have said that their father was abusive and strict, Joe Jackson often denied the allegations. In a 2003 interview on the BBC, Jackson said,  “I whipped [Michael] with a switch and a belt…[but] I never beat him.”

Regardless, his children and the musical industry always respected his legacy.