Our #MeToo moment: When will Black queer survivors of sexual assault get the help we deserve? 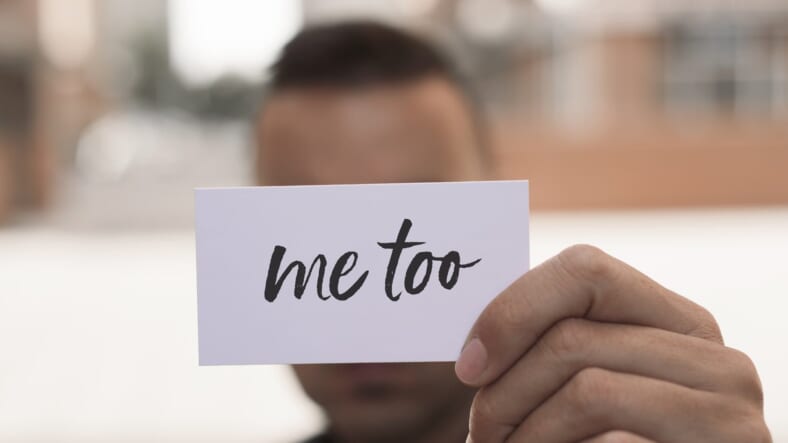 Where is the #MeToo movement for the Black queer community? (Fotolia)

It’s been almost a year since the beginning of the #MeToo movement and Black queer folks have continued with the struggle to find our place within it. Finally celebrities like Bill Cosby, Harvey Weinstein, and others are having to pay for years of abuse against women.

The Black queer community, however, is still waiting to have our day in court. Unfortunately, homophobia has removed the agency for the protection of LGBTQ bodies, rendering the inability for us to seek help or justice.

Whether it be the light passing of the hand across your butt as someone tries to move towards the bar or the overt grabbing of your genitals when standing in the bathroom, sexual violence is something many in our community deal with regularly. The problem is there is no place for our outcry. It happens so often that we have just become numb to the abuse as it slowly becomes a dangerous norm. It feels like we have to tolerate it to protect our own safety.

READ: 5 things to know about identifying as a pansexual (p.s. it’s not the same as bisexuality)

I know these statistics all too well. I’ve been overtly sexually assaulted twice in a queer club; both times people watched while it happened. The second time was a fetishization assault.

My friends and I would regularly go out to a local gay club which was primarily white. We were standing on a crowded patio where there was just enough room to talk while having a drink. A white man came up to us, introduced himself and then remarked how good we all looked. He reached out his hand to shake mine. I extended my hand in return, except in doing so, he grabbed my genitals. Before I could react, his friend pushed him back and took him inside.

Enraged, I didn’t know what to do. I wanted to fight him, but in an establishment full of white patrons, I was always keenly aware and concerned about the probable outcome.

My story reminds me of Terry Crews who detailed his sexual assault in front of the Senate Judiciary Committee earlier this week as he advocated for the Sexual Assault Survivors’ Bill of Rights. Again, the big Black man is stunned and stopped from fighting back against his white male attacker in a room full of white people. How would that have played out for me should police have gotten involved? Can I expect the police to even protect me as a queer man? My male privilege should give me the ability to defend myself, right?

READ: Welcome to the ballroom: ‘POSE’ pushes new boundaries and adds an authenticity to the trans world like you’ve never seen before

These are the questions that run through one’s head when queer and being assaulted, especially by someone who is white. Powerless is the best way to describe the feeling when you can’t cry out for help.

My first sexual assault was even worse and potentially much more violent. While using the restroom at a predominantly gay Black venue, a man, who I had met before, approached me. We hugged and talked briefly before exiting the bathroom. As we walked out, he reached down and grabbed me in between my legs, squeezing my behind. I told him to stop and pushed him off. I charged it to intoxication and wrote it off as an over aggressive attempt to show me that he was interested. Unfortunately, my stopping his advances didn’t work.

He reached for my crotch again trying to pull me towards him. I finally pushed him off yelling ‘Stop,’ while standing in front of at least 10 other people. Enraged, he began cursing at me, squaring up as if he were ready to fight me. I knew that would be my only option despite him being much bigger than me. In fact, it is typically the only option men have when you’ve been violated by another man—masculinity doesn’t afford us much other support.

Luckily, a mutual friend saw what happened and jumped in to stop it. This at least allowed me enough space to escape the situation and get back to my friends. Once I explained what happened, they got me out of there.

There really wasn’t a need to tell security because we’ve already seen how this scenario plays out when the violence involves two queer men. I have seen security literally laugh off violent altercations between queer people as a joke—more so finding it comical when a queer “man” tries to defend himself against another queer man. Police interaction is also a no-go because at the end of the day, despite the potential homophobia we may face, we also have to deal with a layer of anti-blackness. There is no real protection or safety for those of us violated in this way.

Our community has got to start holding our abusers to task. We can no longer allow the internalized homophobia or racism to feed the sexual violence that runs rampant in our community. The statistics are likely much higher, as we know the level of fear when reporting instances of abuse caused people to remain silent. It is now time that we take back the agency once stolen.

We can begin combatting this problem once more of us become vocal about what we experience. I can only hope that the Black queer community becomes less tolerant of the abuser and more supportive of the victims in these instances. We truly have nothing to lose and everything to gain, especially the ownership our bodies.

We deserve to finally have our #MeToo moment.