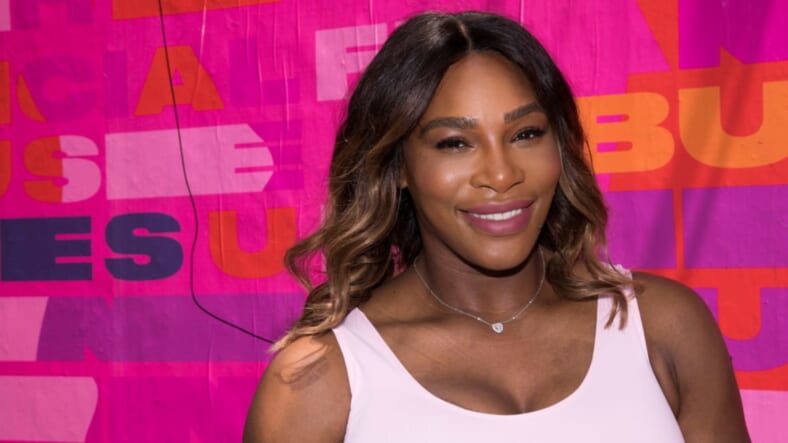 Even though Serena Williams was out being magical and ruling like a queen on the tennis court, she felt down in the dumps about missing her baby girl’s first steps – a moment in time most mothers want to witness firsthand.

Williams tweeted out her disappointment about being absent when little Alexis Olympia took her pivotal first steps, which happened while mama was training at the All England Club, reports Glamour.

“She took her first steps… I was training and missed it. I cried,” said the 23-time Grand Slam champ in an emotional Twitter post.

She took her first steps… I was training and missed it. I cried.

But many other moms on the social media platform came to the rescue and lifted the Wimbledon champ up with inspiring words of support. After all, she wouldn’t be the first working mother in history to miss that milestone.

“It’s alright, she’s just practising. She wanted to practise while you were gone so she can put on a better show for mama,” wrote @under_six_feet with a heart emoji.

❤ It’s alright, she’s just practising. She wanted to practise while you were gone so she can put on a better show for mama.

“My motherhood rule: the first you see is the first time it happened FULL STOP!” one social media user wrote with humor.

My motherhood rule: the first you see is the first time it happened FULL STOP! ?

Hopefully the plethora of supportive online love notes made Williams feel a little better. She’s had quite a difficult year and emotions are running high. Back in May, HBO released the Being Serena docu-series which took viewers on a journey into her life as a newlywed, a new mother, her health struggles and her rise back to being a dominating force on the tennis court.

Williams admitted that she almost died after giving birth to her daughter. And she’s had some postpartum depression and recently revealed she had to stop breastfeeding in order to drop some extra weight.

Her health issues, coupled with a few setbacks on the court, have made for a tough year for the tennis star. She dropped from top ranking after her pregnancy and fought to have her ranking reset. Williams also questioned excessive drug testing and believed she was being singled out by the U.S. Anti-Doping Agency.

Williams may have missed her daughter’s first step, but she’s not missing a beat on the court. On Monday she will play Evgeniya Rodina at Wimbledon and we’re pretty sure she’ll see her way to a win.