St. Louis teen fatally shot on his birthday an hour after posting ‘I Made it to 17’ on Facebook

He had just requested ice cream from his mother. 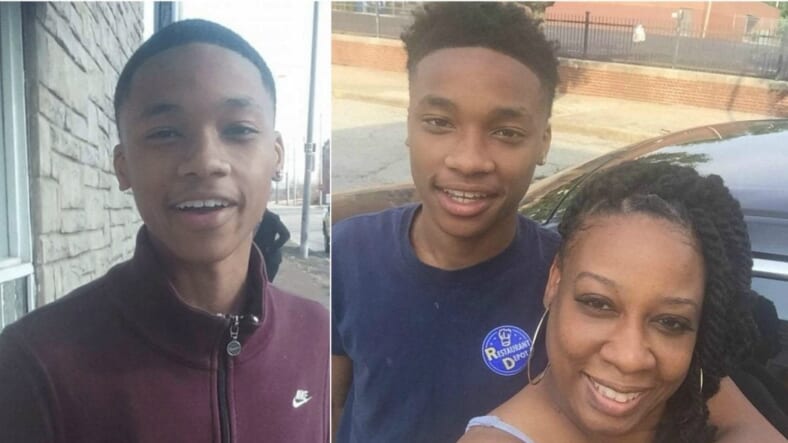 The painfully ironic circumstances of  Armond Latimore‘s death will probably haunt his family and loved ones for a long time.

According to the St. Louis Post-Dispatch, Saturday, the 17-year-old was shot outside of a chop suey restaurant, Bing Lau, where he had gone to grab a bite to eat while his mother went to a nearby grocery store to pick up ice cream to go with her son’s birthday cake.

“He told me that he wanted ice cream,” Chandra D. Payne told the publication. “I went to Save A Lot and three minutes later I received the call.”

Latimore was pronounced dead once he arrived at the hospital.

The Promise of Youth

Only an hour earlier the young man had gleefully posted on his Facebook page, “Thru all the bulls–t I den been thru I’m just glad I can say I made it to see 17.”

Family friend Harvey Collins, saw Latimore two hours before his death. The teen helped move his daughter into her dorm at Harris-Stowe State University, after his son had picked Latimore up to help with the move. His family appreciated the assistance and is still in disbelief about the abrupt way his life came to an end.

“I can’t believe that a couple hours later he was dead,” Collins said. “That’s a crying shame.”

“He was always a helping-hand child,” Payne reflects about her son. “He would cut grass, wash your car or sell water. He loved music and loved money and always made it the right way.”

Latimore’s friends have since come forward sharing pictures from his Facebook page that showed him posing with a gun and a lot of cash. But the grieving mother adamantly rejects that as an accurate portrayal of her son, maintaining he “never owned a gun, and the money belonged to someone else.”

Wednesday morning, authorities found a maroon Pontiac G8 believed to be connected to the teen’s death. The vehicle was stolen at gunpoint earlier this month, and police speculate it may have been used as a getaway car was during the shooting.

St Louis has one of the highest murder rates in America and was even listed as the deadliest city in the United States in 2017. Less than half of those 110 murders in 2018 have been solved, reports the Post-Disptach.

Authorities have asked that anyone with information to contact CrimeStoppers at 866-371-8477. Tipsters can remain anonymous and may be eligible for a reward.

Armond Latimore was killed Saturday – on his 17th birthday. He picked up food near Grand & Sullivan. We’re told he was shot w/ his food & $5 bill in hand. He posted on FB one hour b4 he was killed: “… I’m just glad I can say I made it to see 17.” https://t.co/zp8M2s0h2M @KMOV pic.twitter.com/rUQyiOAvXi