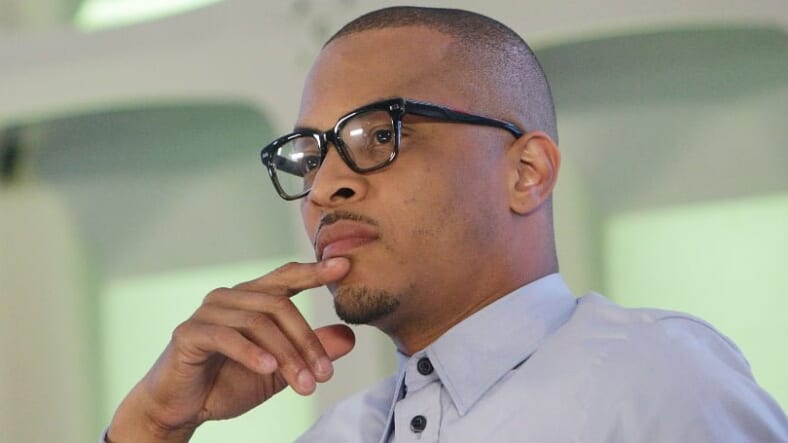 attends the BET Music Presents: Us Or Else panel discussion at the Viacom White Box Hall on April 6, 2017 in New York City.

Rapper T.I says this political candidate– has just officially gotten an invite to the cookout. After hearing Cynthia Nixon talk about legalizing marijuana and fighting racism in the war on drugs Tip tweeted:

“I have no idea who this brilliant lady is…but she’s invited to my next bbq/family gathering and if she’s running for anything…anything i say..she’s got my vote!!!right on to the righteous decent white people out there, using their privilege to make a difference!!!”

And Republican Ron DeSantis — who’s up against Democrat Andrew Gillum —for Governor of Florida– announced his resignation from Congress. DeSantis announced that he would be resigning so that he could focus on the governor race.

Meanwhile, Gillum is out here motivating his people with a huge kickoff event in Orlando, drawing more than 1200 people. Gillum encouraged them to seize the day and got a lil two-step in as well!

And in Georgia– the race for Governor is neck and neck between Democrat Stacey Abrams and Republican Brian Kemp.

According to polling data, the two are currently tied but who do you think will win people’s votes in the end?

If Abrams breaks the tie during the November elections, she’ll be the first African-American woman to become governor.