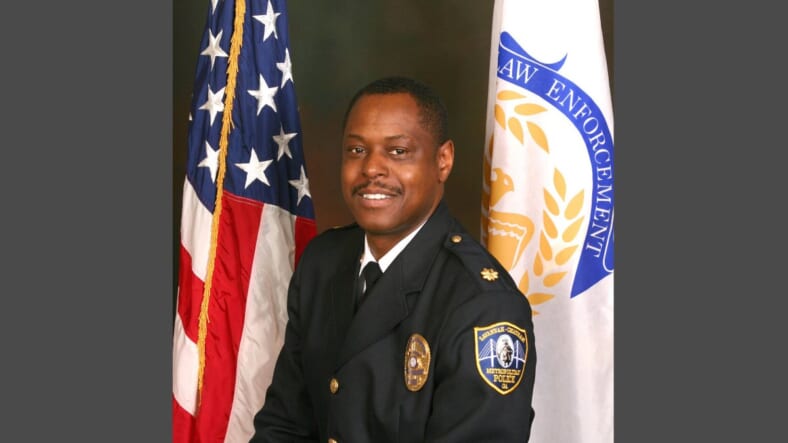 Now, a preliminary Board of Regents investigation found that both officers exhibited behavior that violated the university’s sexual harassment policy, SavannahNow.com reports.

The officers first launched complaints against Barnwell in March and he was placed on administrative leave that same month. When May rolled around, the former police chief was terminated.

“After a thorough review of the information gathered during the investigation, the investigator has determined that a preponderance of the evidence does support charging the respondent(s) with violating the university’s sexual harassment policy,” the reports state.

The reports details illicit incidents between Barnwell and the female officers that occurred while both were in uniform or on the university’s campus.

According to the Savannah Morning News, Barnwell allegedly “made comments about one officer’s appearance, suggestively looked at her and otherwise expressed sexual interest.”

“The complainant also alleged that the respondent hugged her and while doing so his hands ’went too close to [her] behind.” one report states.

A second officer accused Barnwell of talking to her “regarding non-work matters of a sexual nature,” “made propositions to establish a social or otherwise intimate relationship.

She also claimed  that Barnwell asked her about her sexual experiences, and she “described being ‘in fear’ of him and constantly looking over her shoulder after she turned down his advances and filed a formal complaint with the university.”

A third officer reported that on two consecutive nights Barnwell sexually assaulted her during Hurricane Matthew.

According to investigative reports, Barnwell even allegedly asked one officer “to put a baby in [her] stomach,” to put it in [her]referring to his [genitals] or “to hit” referring to having sexual intercourse,” via text message.

Two of the officers also filed complaints against Copeland.

Copeland denied the allegations and Barnwell’s lawyer, Carlton Stewart, wrote in a statement to investigators: “Chief Barnwell denies that the [complainants] have been subjected to unlawful harassment or discrimination based on their gender, and denies that complainants were ever subjected to unlawful retaliation,” the statement read. “Chief Barnwell [has] treated the complainants fairly and lawfully. Their claims are without merit.”

Both Barnwell and Copeland insisted that all of their interactions with the female officers were strictly professional.