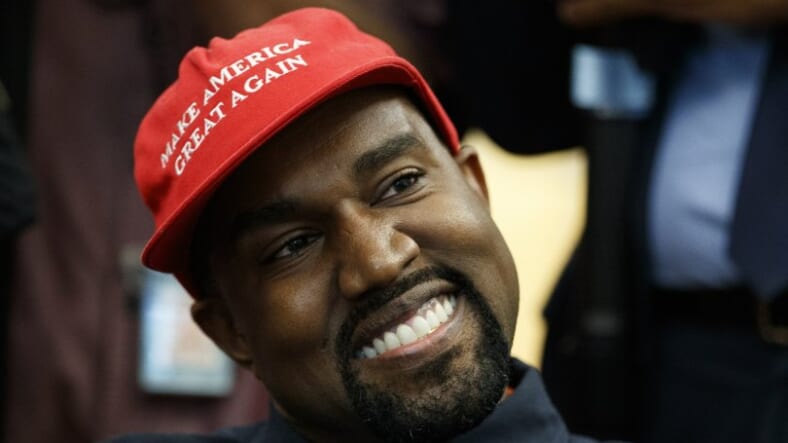 Has Kanye West made the visit of no return? These folks say after Ye’s White House sit down with President Trump, they are done, done

“This is the most repulsive, disgraceful, embarrassing act of desperation & auctioning off of one’s soul to gain power I’ve ever seen. At one time it was a pleasure to work alongside you… now, I’m ashamed to have ever been associated with you. To all the people who follow Ye musically, socially, or even personally….who are confused, heartbroken, infuriated…. Let me make this clear… THIS IS AINT COOL!!!”

Businessman and music exec Diddy— simply tweeted: “Tell this NEGRO to give me a call!” #NotBlackExcellence.

Stephen A Smith, who normally always has something to say was pretty much speechless, “Don’t like the look. Don’t like it at all,” stated Smith. “I’m not going to get into it, and it’s not because he’s meeting with the president. It’s not It’s because of the things that he says on camera, particularly about our community, that I do not like.”

Atlantic writer Jemele Hill reacted to this video of Kanye opening his iPhone with the password “00000” by tweeting: “When the password fits the phone owner rocs tee”

But while many celebs and influencers dragged Kanye, comedian Dave Chappelle reacted differently

I’m not mad at Kanye. That’s my brother — I love him, I support him,” the comedian explained. “But, you know, I don’t have to agree with everything that he says. I just trust him as a person of intent.”

Good intentions or not— the White House visit left many folks scratching their heads as to what the point was— and wishing we never have to pay attention to another Kanye headline again.

You know what to do— sound off in the comments— what should Kanye’s next move be? And if not him. Who would you elect to sit with President Trump?