Valentine's Day hasn't passed yet, but NFL linebacker Darius Leonard couldn't wait to give his mom a gift he'd been waiting to give her 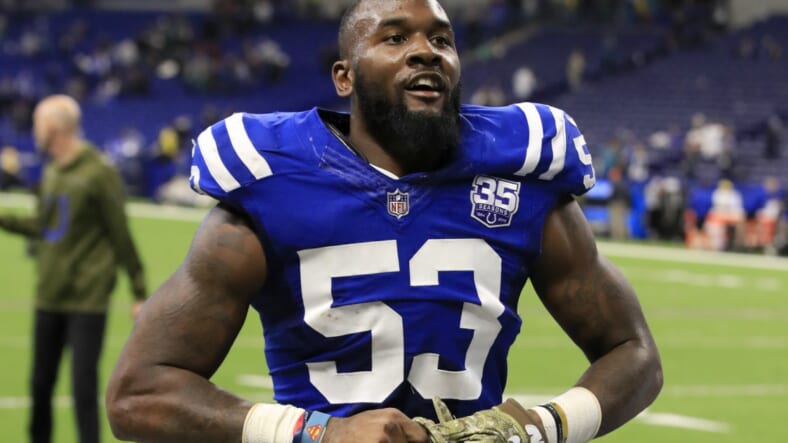 Indianapolis Colts linebacker Darius Leonard walks off the field after a home win against the Jacksonville Jaguars. (Photo by Andy Lyons/Getty Images)

Indianapolis Colts linebacker Darius Leonard sent tears streaming down his momma’s face when he surprised her with a brand-new Mercedes-Benz, the Daily Mail reports.

Leonard’s mother, Lynette Waters is surely his favorite girl and he showed the world just that in a heart-warming video that will make you tear up at the beauty of sharing your success with the ones you love.

The 23-year-old shared a video on Twitter of his mom losing it after seeing her new ride.

Leonard is a rookie who was drafted in the second round by the Indianapolis Colts last year. He led the NFL in tackles in the 2018 season and was named AP Defensive Rookie of the Year.

Leonard is one of nine children who his mother raised by herself in Lake View, S.C. She worked two jobs to keep food on the table and at a certain point it took a toll on her health. Leonard remembers spending one of his birthdays in the hospital with his mother, who had been admitted for high blood pressure treatment. “We didn’t have what everyone else had,” he told the Indianapolis Star in November.

But his turn of fortune, first at Clemson and finally with the Colts prompted him to give his mother the gift as thanks for sticking by him.

On Instagram, he posted his own joy about giving her the gift: “Ain’t not like putting a smile on your mother [sic] face! We’ve been through so much and now it’s like we’re on top of the world!”