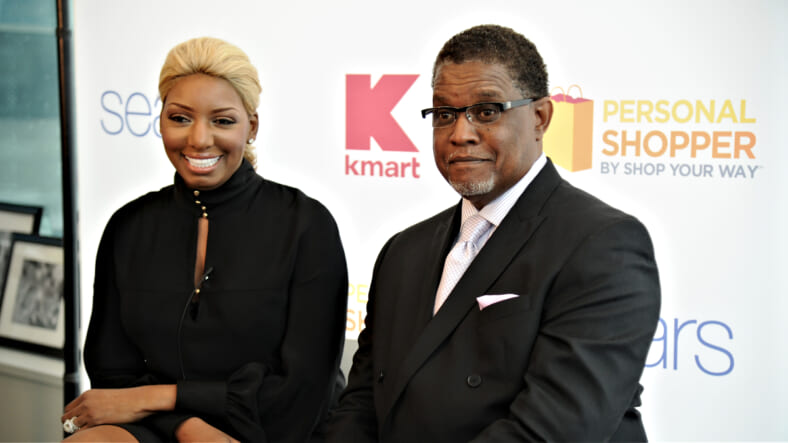 During the latest episode of the The Real Housewives of Atlanta, fan favorite NeNe Leakes shocked fans after she got into a physical altercation with a cameraman who was merely trying to film her cast mates entering her closet.

According to E! News,  on Sunday viewers watched Leakes as she enthusiastically invited invited her co-stars over to her home for the “Bye Wig” party, where attendees were instructed to show up with own hair, minus any wigs, weaves, or clip-ins.

With a heated debate with friend Marlo Hampton while discussing her husband Greg’s battle with cancer, a breakdown into tears of the usually vocal matriarch of their group, and the drunken antics of newest castmate Shamari DeVoe, many of the women gathered in Leakes’ bedroom to make sure she was okay.

But when Porsha Williams and Kandi Burruss ventured into sacred territory of NeNe’s closet things took a shocking turn.

“Can I see your closet now?” Kandi asked NeNe, which she refused.

During her cutaway, Burruss explains to the audience that Leakes always talks up her closet and after years of hearing about it, she wanted to finally see it for herself.

Hampton encourages Burruss to ignore Leakes and go into the closet and she went with a very pregnant Williams right behind her. Leakes yelled at them to get out, however, when the cameras tried to follow, a confrontation began.

The quick paced footage then cuts in and out showing the 50-year-old as she grabbed at crew members.

“She’s pregnant!” someone yelled in reference to Williams, and then Leakes is shown literally ripping the shirt off a camera man’s body as she drags him out of her closet.

When questioned on Watch What Happens Live With Andy Cohen about whether or not she overreacted, the reality star seemed to have no regrets.

“No, I did not,” she responds. “How are you going to overreact in your own home? If I tell you to visit me and sit right here, you need to sit right here. You don’t have the right to go through my house to open up my doors, my closets, my pantries, none of that.”

“When you come to my house, you’re not going to disrespect my home,” she said, referencing past scandals that came about after cast mates disrespected the homes of Kenya Moore (Moore Manor) and Sheree Whitfield (Chateau Sheree).