Gentrification is now at the center of debate for students and neighbors on and off HU's campus. 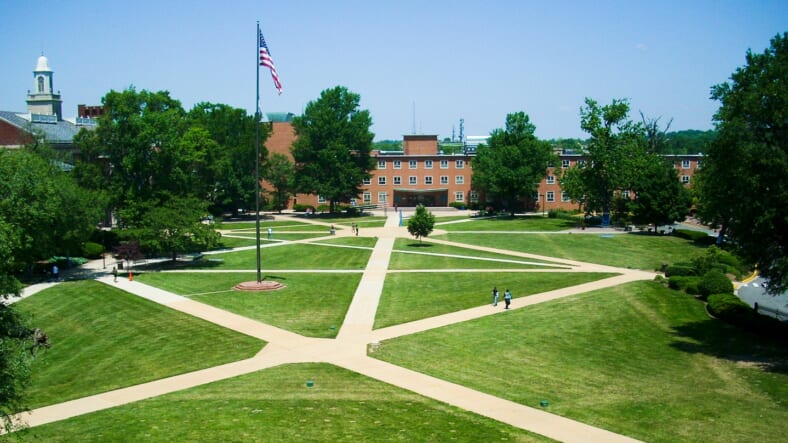 Howard University strongly objects to new residents around the open campus using “The Yard,” as a place for picnics and dog walking. (Photo courtesy of Howard University, Washington, DC by Nikolaus Fogle, 2010)

For more than 150 years, Howard University has been located on sacred land. This great institution has been the training ground for so many global change agents such as activist Kwame Ture, writer Zora Neale Hurston, Supreme Court Justice Thurgood Marshall, Congressman Elijah Cummings, and Tony award winning actress, Phylicia Rashad. Yet, despite its historical significance, our beloved HU is being treated like a common public park.

In the last few weeks, as spring has sprung and the first buds are making themselves known, the campus has received an influx of visitors. Some of them travel in large groups and stop students on their way to class to ask for help with trivia questions from the Admission Center’s scavenger hunt.

Clearly, these are prospective students and their parents who likely already understand what Howard means to the Black community. Others trek across “the Yard,” the open clearing carved by pathways that connect the main buildings on campus, with their picnic baskets, small children, yoga mats, pure-bred dogs and a palpable sense of entitlement.

We are talking about a place that is deeply connected to every major event in the Howard community since its founding—from traveling students sleeping on the floor of Founders Library the night before the Million Man March to Muhammad Ali sitting on the steps of Douglass Hall surrounded by students giving a speech about denying the draft. The hallowed paths of Howard have seen more celebrities and thought leaders than any red carpet in the world.

Howard University is my home and has been ever since I first visited the campus in 2013, I remember that day like it was yesterday. I was a sophomore in high school visiting colleges during my spring break. Unlike all the other places I visited, this felt most like home. When I finally climbed the hill to the Yard, I marveled in the sight of young, Black students in suits and the latest fashions, treating the pathways like their own personal runway.

The Yard is the heartbeat of the University. It’s the host to Yardfest during Howard’s infamous homecoming and the backdrop for the annual commencement activities. To see it now littered with jogging pedestrians and nonchalant dog walkers infuriates me. I am also aware that these are the same people who have driven up the surrounding property value to the point where most students who live off campus have no choice, like myself, but to find apartments in neighboring states because we cannot afford to live adjacent to where we take classes.

The frustration that students experience is rooted in the fact that these are the same people who call the police to complain about our house parties and campus events, but then go ahead and picnic under the trees that are dedicated to our historic Greek letter organizations.

Excuse me? There’s a free, public park across the street where you can knock yourself out with all your healthy-living activities.

Black students see Howard as a safe space, where we can seek refuge from trials of the outside world of our campus. These interlopers, on the other hand, seem to be treating Howard’s campus like a community park, where those new to the area have felt free to lounge, enjoy a Spring day, and “deal” with the inconveniences that come with the patch of land that also happens to double as an institution of higher learning when they are not using it. 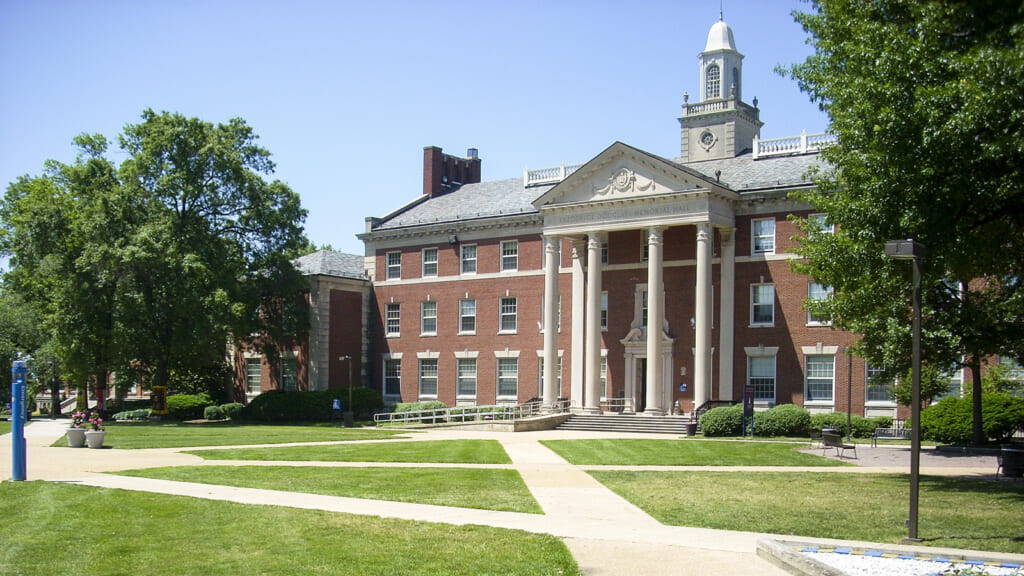 This is more than just about race; it’s also about respect. (Photo courtesy of Howard University, Washington, DC by Nikolaus Fogle, 2010)

Since its founding in 1867, Howard has been an open campus regularly engaging students and neighbors from the surrounding communities, who at the time, looked like us. This wasn’t always an easy situation as I think back to what it must have been like to be a student here when the streets of Chocolate City surrounding the University were drug and crime infested 1980s and 1990s. And yet, Howard never closed its gates and turned its back on the community. In doing so, unfortunately, it seems our latest visitors have taken the kindness of an open campus as a weakness.

READ MORE: Howard University teams up with Google to give Black and Latinx a foothold in Silicon Valley

Let me be the first to tell them this is not the case.

Please do not be confused or misled. This has been an ongoing issue at Howard over the past few years. In 2015, the hashtag #WeAreNotAPark surfaced on social media because students were outraged when this first started happening to our space. Concerned students reached out to student government to act on their behalf, but not much else was done afterwards. I believe this #WeAreNotAPark movement didn’t receive much traction because some students felt like the hashtag was divisive and would only cause conflict in the community.

This most recent clash has emerged on social media as #HowardWontMove. This time is going to be different because the current student body is less in favor of respectability politics. We are talking about the same students who took over the Administration building last year bumping “Knuck If You Buck” and demanding the removal of chief university administrators in the wake of a misappropriation of financial aid funds scandal.

To be clear, this issue is not solely about race because it’s also about respect. Respect the sacred ground that is Howard University. You do not get to complain about our unique HBCU experiences (Homecoming, etc.) and then use our campus for your leisure activities. That is not how this works.

Don’t like the noise from our parties on Saturday night? Then you’re probably not going to like the shade from our trees on the Yard on Tuesday afternoons. The idea that the interlopers are able to pick and choose which parts of Howard they are willing to accept or allow to be acceptable is at the heart of the issue. Like the rest of the Black experience, you have to take us or leave us as is. Howard is not a restaurant that allows for substitutions or additions so you can have it your way.

The amount of entitlement displayed by community members like Sean Grubbs-Robishaw, who has since been dubbed #GentrifyingGeorge by Black Twiiter and lives in the Shaw-Howard neighborhood where Howard resides. In a television interview with the local Fox affiliate, Grubbs-Robishaw famously suggested all of Howard “just move the campus” if we do not want people walking their dogs across the Yard.

Rather than educate themselves about these historic grounds, they disgrace us and our home. The blatant disrespect, unmitigated gall is baffling.

It begs repeating, for more than 150 years, Howard has sat proudly on Hilltop high overlooking most of D.C., but now that we are in the way of community expansion, we’re expected to just move? That is not how this works. Just like we respect your wishes about parties and noise you should be able to honor a simple request not to treat my expensive educational home as your cheap dog park. I should be able to strut across the Yard to class with my head held high, not constantly scanning the ground to avoid poop from your privileged pooch.

Just for the record, when you choose to live next to a college campus, you sign up for all that comes with it, so take it or leave it. Regardless of what you decide, Howard will remain unphased, a prideful symbol of tradition, and unmoved.

Just try to move us and see what happens.

Kyra E. Azore is a senior at Howard University where she works as the news director for WHBC 96.3 and the editor-in-chief of 101 Magazine. Kyra is also the Student Representative for the National Association of Black Journalists. After graduation she hopes to become a television news producer. Find her on Twitter @KyraAzore.