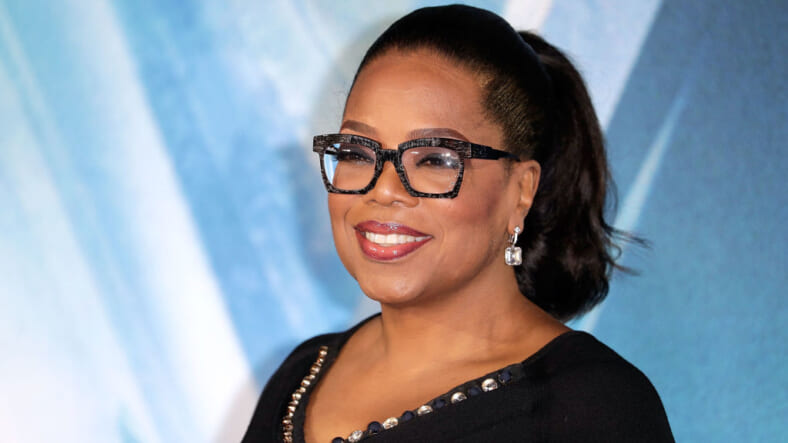 Oprah Winfrey clapped back Monday at an Instagram user who tried to shame her into paying off the student debt of graduates of Colorado College, where she gave this year’s commencement speech.

The dustup came one day after Black billionaire Robert F. Smith dominated the news cycle after he pledged to pay off the student debt of the 2019 graduating class of Morehouse College, where he spoke.

Oprah posted a photo of herself with one of the Colorado graduates and making reference in the caption to her book advising people on finding their life’s direction.

I don’t know who this guy is but he sure is happy to graduate! I shook hands with all 571 members of @coloradocollege’s Class of 2019 and gave them a copy of The Path Made Clear. ?: Jerilee Bennett/The Gazette

Others joined Winfrey in the moment. Actress Gwyneth Paltrow called Winfrey a “hero” in the post, in fact.

But one person who was not impressed was @spiritualcel1111, who commented, “Should have paid off their student debt @oprah lol @morehouse1867.”

Winfrey was not having it, immediately commenting back, “Already paid 13m in scholarships. Have put over 400 men through @morehouse1867.”

@courtjae commented, “Why do people keep coming for you, especially on your philanthropic record?”

Winfrey has, in fact, been very generous to Morehouse, having given about $12 million to the Atlanta HBCU over the years, The Independent reported.

Winfrey has a history with Morehouse, in fact, according to The Independent.

In 1989 while giving a commencement speech there, the media mogul announced she would be making a $1 million donation to the school.

She also created a school for South African girls and became known for her giving when she once gave a Pontiac to every member of the audience of her former talk show.