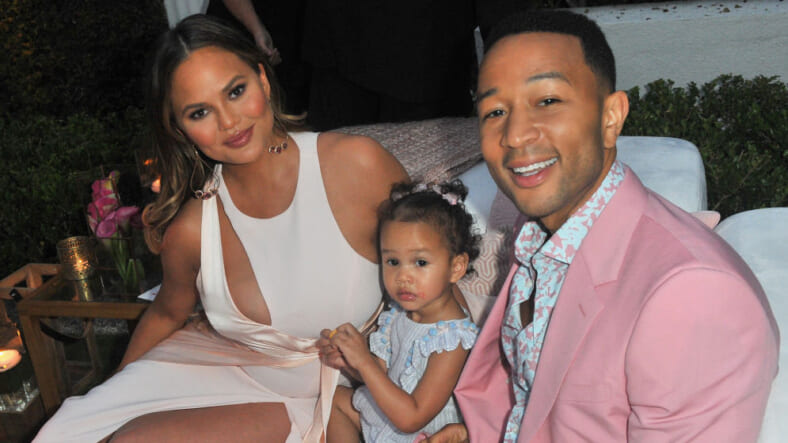 John Legend is trying to help make diaper duty so much better for dads.

The EGOT-award-winning artist has teamed up with Pampers as part of a initiative to install 5,000 changing tables in men’s restrooms across the US and Canada.

—Boo’d Up: Wendy Williams boasts about her new younger man and living her best single life—

The 40-year-old father of two is hands on when it comes to his year-old son Miles and 3-year-old Luna and understands how difficult it is for dads around the world to find a changing table when out and about with their children.

Hint: they are primarily in women’s restrooms, leaving dads with the option of floor squatting to get the job done changing a doo-filled diaper.

“It all started from an organic situation which was that Chrissy and I both shared diaper-changing duties with Luna,” Legend said about his wife Chrissy Teigen told PEOPLE.

Legend said he’s been shocked that it’s taken so long to include dads in the diaper changing conversation.

“It didn’t occur to me that [including dads in advertising around diapers] hadn’t happened yet … but I’m glad that we’re highlighting this issue,” he says. “Overall, it’s part of a movement that we recognize [the] duties of parenting and running the house should be shared more equally between partners.”

“We want to make sure that we do our part to make that message heard,” Legend continues. “I think making the changing stations available is gonna make a difference for a lot of people.”