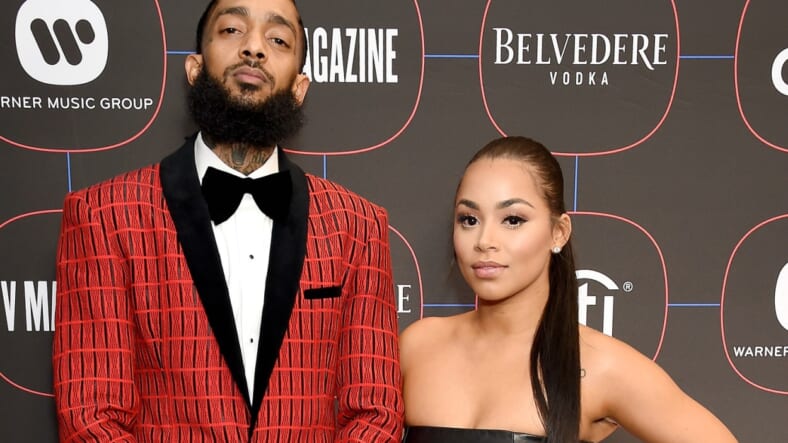 Nipsey Hussle’s long-time partner, Lauren London has announced that a monument in his honor is being erected outside his Marathon Clothing store.

Lauren London, the girlfriend of the slain rapper, took to Instagram to alert his fans that construction has commenced in the parking lot of the Marathon store on Slauson Ave and barriers were put up where a tower will stand for Hussle, Yahoo reports.

“As a notice to the public, we’re putting up a gate on Thursday, August 1st, 2019 to enclose the plaza at 3420 W. Slauson Ave to start the early development stages of the forthcoming Nipsey Hussle Tower to commemorate and honor the life and legacy of Nipsey,” London posted.

While construction is underway, the store will stay closed, but customers can still purchase merchandise online.

Since Hussle’s killing, fans have swarmed to the location he was killed outside the Marathon Clothing store to construct makeshift memorials of their own with candles and cards. People were also selling bootleg t-shirts with Nipsey’s image, some have demanded money for a tour of the neighborhood (one of which included taking people to the childhood homes of rappers like Snoop Dogg and Ice Cube), and others even had the gall to charge fans to walk through the area where Nipsey was shot.

The site became so crowded with people that food trucks with no tack decided to park near the area hoping to attract hungry Nipsey fans. However, Nipsey’s team had to shut down the memorial because they believed his legacy was being disrespected with the constant attempts to profit from his death.

Unfortunately, this is not the first time people tried to use his death for monetary gain as scalpers attempted to sell free tickets to Nipsey’s memorial at the Staples Center for astronomical prices and some who attended tried to sell programs.

Nipsey, 33, whose real name is Ermias Davidson Asghedom was shot and killed March 31 after an argument with another individual. The alleged gunman, Eric Holder has been charged in his murder.