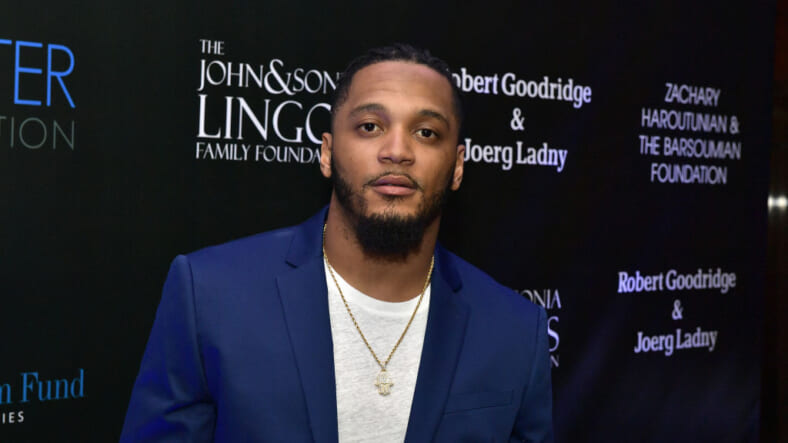 Patrick Chung at the Lenny Zakim Fund's 9th Annual Casino Night to raise money to support more than 60 grass roots organizations that enable and empower under-resourced people and communities to address social and economic injustice, on March 3, 2018 in Boston, MA. (Photo by Paul Marotta/Getty Images for The Lenny Zakim Fund)

A grand jury indicted Chung, 32, on August 8 in and if convicted he could be sentenced to seven years, the Laconia Daily Sun reports.

Police reportedly entered Chung’s home after an alarm was tripped and allegedly found cocaine in his possession.

“During the course of the call, the police obtained evidence which has led to the current charges being filed,” Meredith Police said in a statement.

Under New Hampshire law, cocaine possession falls under a Class B felony for first time offenders and if convicted could carry a seven-year sentence.

While Chung may plead not guilty and ultimately cut a deal that gets him off, it could still affect his NFL career.

“The NFL and NFLPA’s Policy and Program on Substances of Abuse authorize NFL commissioner Roger Goodell to suspend Chung for up to four games if Chung (who would be a first-time offender of the policy) acknowledges possession, or is otherwise found to have possession, of illegal drugs,” according to Sports Illustrated.

The Patriots released a statement about the latest revelation.

“We are aware of the reports regarding Patrick Chung. We will not be commenting while his judicial proceedings take place.,” The statement read.

Chung has played nine seasons with the team.