Common shares how therapy led to his reconciliation with Angela Rye 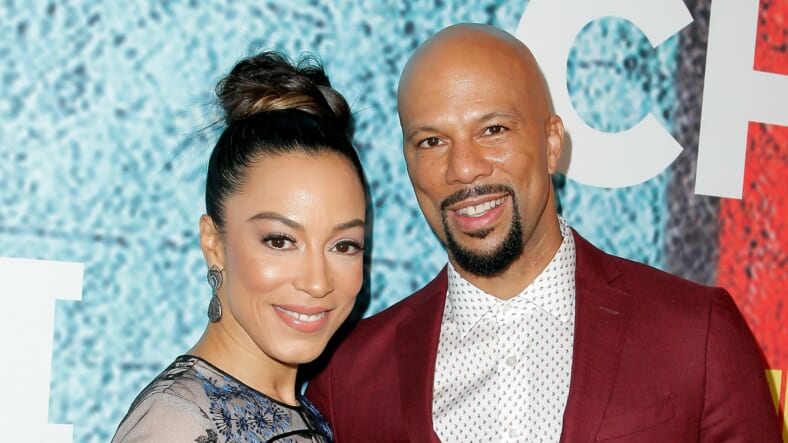 Angela Rye and Common attend the premiere of Showtime's 'The Chi' at Downtown Independent on January 3, 2018 in Los Angeles, California. (Photo by Tibrina Hobson/Getty Images)

Common and CNN commentator Angela Rye may have called it quits back in March 2018 but it seems the politically active power couple have somehow found their way back to each other.

According to MadameNoire, Sunday, while catching up with radio host Angie Martinez after the Black Girls Rock! awards show, the rapper-turned-activist confirmed speculations that he and Rye have decided to rekindle their relationship.

READ MORE: Oprah opens up about hard-fought path to success in new book ‘They told me I was the wrong color, the wrong size’

“I’m really happy,” admitted the 47-year-old. “I think being able to go through situations where I didn’t do good in relationships, some of that was my responsibility, and after repeating that, being like ‘What am I doing wrong?’ and working on self, I’m able to come to a relationship more like whole. This is where I am with it, this is what I’m looking for. If things change, then let’s communicate. I’m real honest with myself.”

“Therapy helped me to do that.“ he continued. “It helped me to be like, some of the stuff I’m putting on this person is really stuff from my childhood; baggage I’m carrying. This ain’t that person. [It also helped me] to be able to say the things that I really want and communicate those things; and also to be able to take a situation where I’m stressed about something and not make it about them. They might not even be doing anything wrong, but you can take the stresses of your day and put that on the relationship.”

“She’s a strong cookie, and really a good balance” @common on his relationship with #angelarye ? Full interview here: https://t.co/WX6fThcLON pic.twitter.com/x39MFNTDnq

Choosing to keep his outlook positive, Common says he thinks he’s actually a better boyfriend now that they’ve had time apart to heal.

“We dated and then I had to get myself together and she was doing some work,” he explains. “She’s a strong cookie, but she’s good people and really a good balance and fun, too. I need a partner who is fun because we go out there and do the work and constantly, I’m living out the things I’m passionate about. But so many times I’m talking about the things that are going on in the world, serious things in life, so I just need somebody that’s like, we can just talk and have fun.”