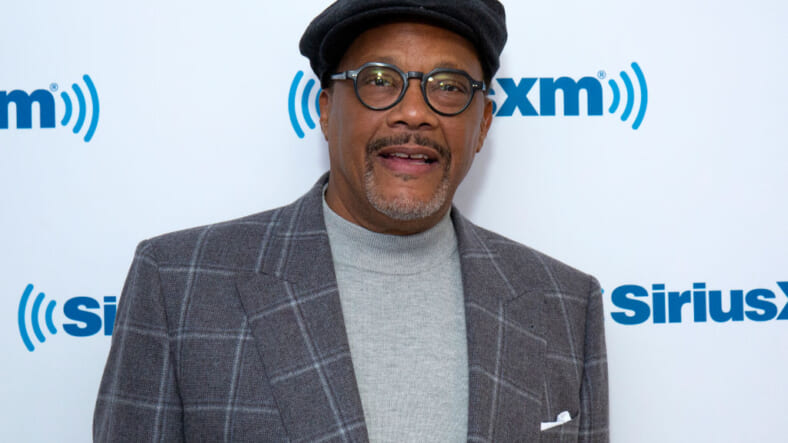 Judge Mathis says he was not out of order and denies a parking valet’s ugly accusation claiming the venerable legal eagle and TV star spit on him.

—Simone Biles’ brother arrested for a triple murder at an Airbnb—

Video went viral showing Judge Mathis and the valet in a heated exchange over why it was taking a lengthy amount of time for the valet to retrieve Mathis’ Rolls Royce.

It appears that the Judge is giving the valet quite a tongue lashing as he leans into the car window and tells him off about his tardiness. And that’s when the valet claims that Mathis spit in his face.

“First of all it was a 40-minute wait and when he came I yelled at him,” and there was a verbal back and forth, he admits.

“There was no spitting. There were six witnesses there. Ask them,” the judge tells TMZ.

“I don’t know if this is a money grab, which I suspect it is. People get accused all the time and it’s not true,” he said.

Mathis says he has a stomach condition that required medicine that was in his trunk that he couldn’t get to because of the long wait for his car.

Well, one thing is for sure, Judge Mathis will fight this case since he is an advocate who fights for the people.

Judge Greg Mathis is one of the longest-serving arbitrators in television history. The show celebrated its 20th anniversary this season and won the 2018 Daytime Emmy for Outstanding Legal/Court Program.

And as Mathis continues to serve justice on our television screens, he is also fighting just as hard for justice when he’s off the bench.

The Detroit native has a history of giving back to the Black community. Never forgetting his roots, which includes a troubled childhood, he has continued to provide services to better the lives of others and lead them on the right path.

Mathis opened a community center in his hometown and has assisted thousands of young people with his non-profit agency, Young Adults Asserting Themselves (Y.A.A.T.), an agency that provides career, business start-up, and job opportunities, as well as job training and college enrollment assistance.

—OPINION: Black mothers need to wield the enormous power of breastfeeding their babies—

Last year, the Judge headed back to the city of Flint where he and several members of Flint’s clergy, community organizers, and concerned citizens rallied to challenge the state government to rebuild the city’s corroded pipes and restore clean water once and for all.

During an interview with theGrio, Mathis opened up on why this issue is so personally important to him.

“In 2016, we had marches, rallies and legal for,” said Mathis. “We all hosted it and we lobbied congress and senate to get two hundred million dollars. And so we slowed down knowing that the money was there.”

“However, in the last few months, the state stopped giving away free water even though the pipes haven’t been rebuilt and the people don’t trust that this lower land level is safe to drink. So, we’re taking a caravan of water with semi-trucks and about 30 carloads in Detroit on November 1st to bring those folks water and we’re going to have a rally challenging the powers that be, the elected officials and the state officials to get things done. They’ve only completed half of the pipes although they’ve had two hundred million dollars since 2016.”