Whose daddy is this? 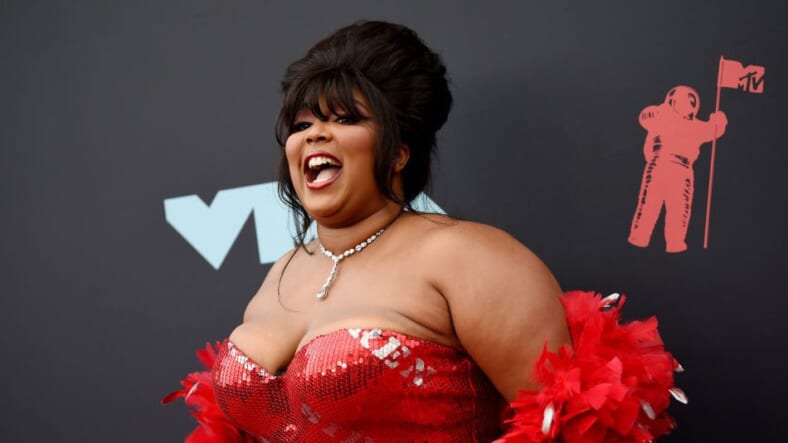 A video that surfaced on social media of somebody’s daddy grooving and jamming to Lizzo’s Truth Hurts, is making hearts sing across the internet.

The unidentified bald dude is not holding back one bit as he turns up to the tune of the popular chart-topping Billboard hit and dances on beat, and he even belts out a few lyrics of the catchy tune.

READ MORE: Cookie Monster loves Lizzo’s ‘Truth Hurts’ and should have him jump on the remix

Lizzo’s song is taking the internet by storm with popular figures like Hillary Clinton, Rihanna, Marsai Martin, and even Cookie Monster, making note of the hit and their love for it.

The popular TiKTok social media app shared the clip of the dancing dad on Twitter. He was  hitting some classic moves, and it caught the eye of Lizzo who reshared it, referencing her lyrics, “AN EXAMPLE OF MEN BEING GREAT WHEN ITS TIME TO BE GREAT,” she wrote.

AN EXAMPLE OF MEN BEING GREAT WHEN ITS TIME TO BE GREAT https://t.co/eTHF20ufsN

The video has now been viewed millions of times and was taped last week at a Jonas Brothers concert at Penn State. A DJ reportedly was getting the crowd amped before the show and put on Lizzo’s popular song which has been on heavy rotation ever since her eye-popping MTV VMAs performance.

Folks on the internet went crazy over the dancing dad and his old-school moves.

“When I say ‘not all men’ I mean this specific guy,” wrote one person.

“Flip your hair back, my dude, and check your nails,” wrote another person.

“As you get older you realize you evolve in other ways but the turn up stays the same,” said another commenter.

The singer’s number one jam rose to the top of Billboard and has become an anthem for women fed up about men breaking their heart.

The mainstream may be just taking notice of Lizzo in 2019, but she’s actually been working towards this moment for more than a decade by performing with bands since 2008, and releasing her first solo album back in 2013.

In an interview with The Cut earlier this year, the singer, who attended the University of Houston on a music scholarship, also revealed that she’s been classically trained as flutist since she was in sixth grade band— and has even found a way to incorporate the unlikely instrument into her live shows.

As a result, she’s now infamous for twerking while playing the flute, a practice she calls “ho and flute,” and still practices “four hours a day when her schedule permits.”