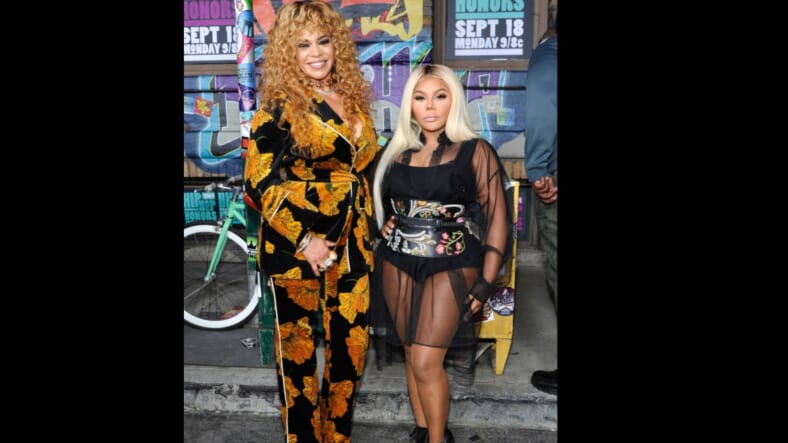 Recently, the world of hip-hop celebrated the 25th anniversary of the debut of The Notorious B.I.G.’s “Ready To Die” as the late rapper’s family, close friends, and fans gathered to honor his legacy. The festivities would not be complete without BIG’s widow Faith Evans and his girlfriend Lil Kim.

The duo, not only surprised the crowd by appearing together, but also with the announcement that they plan to hit the road together for a joint tour.

“We’re gonna do a tour together y’all,” Faith said. “A first ladies tour…I’m putting it out there in the universe.”

Kim honored the Brooklyn MC by saying, “The one thing we can count on is Biggie bringing us all together. Biggie is the love. He is the love. When you think about love, you think of our love which is Biggie, Christopher Wallace.”

Faith added, “to know him, to meet you guys, you all have been my family. Everybody who is out here tonight clearly has a respect for B.I.G.”

Evans previously shared in her memoir that she once considered laying paws on Lil Kim when she caught her in bed with Biggie while the two were still married many years ago. The two eventually buried their beef, as Evans introduced Lil’ Kim at VH1’s “Hip Hop Honors: All Hail the Queens” back in July.

“The posters for her debut album were unforgettable. She brought sexy to hip hop, first.” Evans said at the event honoring the pint-sized rapper.

“Lil’ Kim’s debut album Hard Core was the beginning of a new era for freedom for female emcees. She turned sex into power and made no rules.”

Official tour dates for the Faith Evans/Lil Kim collaboration have not yet been announced, but we know this collaboration is going to be fire.