Created for families in need, the basketball hall of famer shed tears thinking about the impact the facility will have 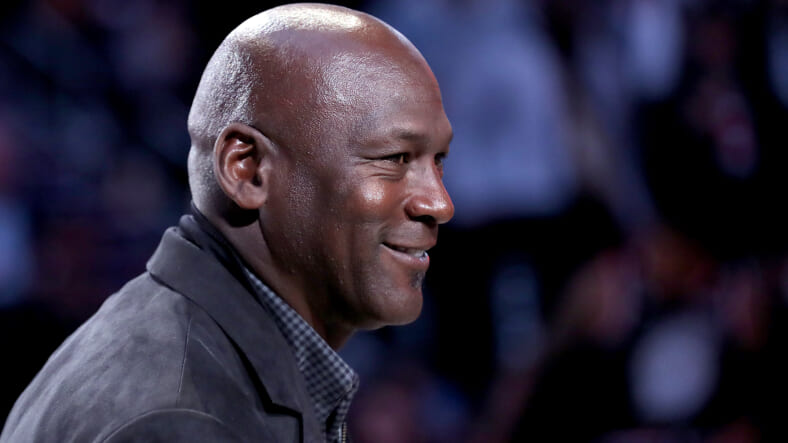 There’s no need for a crying Michael Jordan meme for this one, because the basketball great was on hand himself shedding tears as he unveiled the first medical facility he funded for families in need in his hometown of Charlotte.

“This is a very emotional thing for me to be able to give back to a community that has supported me over the years,” the NBA icon and Hornets owner said.

The facility will serve as an epicenter for struggling families to get much-needed healthcare services. It is located on Charlotte’s west side at 3149 Freedom Drive, in a poverty-stricken part of town.

The Novant Health Center is the first of two clinic facilities that Jordan will fund in the Charlotte area for people who are uninsured or under-insured and have a lack of healthcare or trouble accessing health or mental health services.

“As a longtime partner, we are thrilled that Michael Jordan continues to support Novant Health and our mission to improve the health of our communities, one person at a time,” said Carl Armato, president and CEO of Novant Health.

“This gift will transform the lives of thousands of families and children living in poverty-stricken communities. We are thankful to Michael for his generosity. The gift will remove barriers to high-quality health care in some of the most vulnerable communities.”

The facility is set to serve as least 35,000 children and adults in the next five years. There are at least 100,000 Charlotteans who have no health insurance, according to the outlet.

“I’ve gone off and made my life in Illinois and other places,” Jordan said. “But I know where it all begins.”

In 2017, Forbes named the former Chicago Bulls player as one of the highest-paid athletes of all time with an estimated net worth of $1.9 billion.