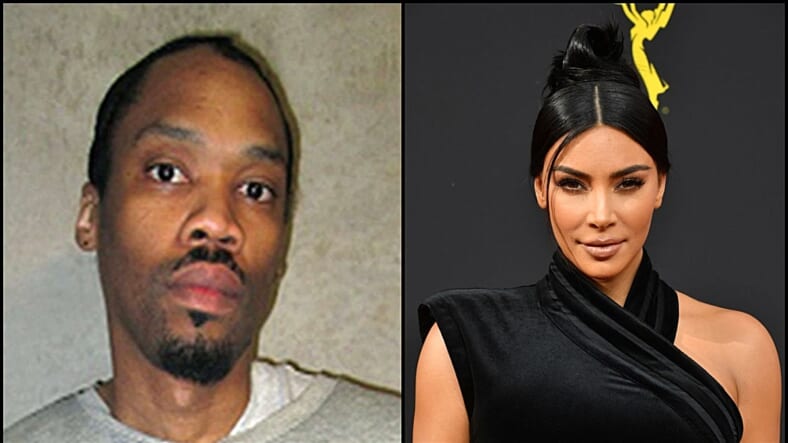 A Feb. 5, 2018 file photo of Julius Jones (Provided by the Oklahoma Department of Corrections ) and Kim Kardashian West (Getty Photos)

OKLAHOMA CITY (AP) — Kim Kardashian West has joined a chorus of voices calling for clemency for a Black man on Oklahoma’s death row who has exhausted his appeals, arguing that a racist juror tainted the outcome of his 2002 trial.

Julius Jones was convicted of murder for the 1999 slaying of 45-year-old Paul Howell, who was fatally shot in the driveway of his parents’ home in Edmond, Oklahoma.

Jones filed a clemency petition with the Oklahoma Pardon and Parole Board on Tuesday, asking that his death sentence to be commuted to time served.

Kardashian West tweeted to her 62 million followers Wednesday to urge the board and Oklahoma Gov. Kevin Stitt to consider Jones’ clemency petition.

Yesterday Oklahoma death-row prisoner #JuliusJones asked the Pardon & Parole Board for clemency. Please help by asking the Board and @GovStitt to give careful and thoughtful consideration to his petition. @justice4julius Learn more at https://t.co/Q5IzUCghZu

Jones filed an appeal with the U.S. Supreme Court arguing that a juror was racist toward him during his trials. The claim came to light when a juror told Jones’ lawyers in 2017 that another juror used a racist term to describe Jones and said authorities should “shoot (Jones) behind the jail.”

The high court rejected that appeal in April.

READ MORE: Is it time for the Black community to cut Kim Kardashian West some slack?

In June, she took a trip to the White House to help President Donald Trump promote a ride-sharing partnership expected to give former prisoners gift cards to help them get to and from job interviews, work and family events.

READ MORE: 5 Things to know about the Civil Rights Act of 1886

Kardashian West‘s support of Jones comes after years of rejected appeals in his case.

In January, the U.S. Supreme Court handed Jones another rejection after he argued that people of color are more likely to be sentenced to death in Oklahoma when the victim is white, which Howell was. Last year, the Oklahoma Court of Criminal Appeals also rejected Jones’ appeal that argued that.